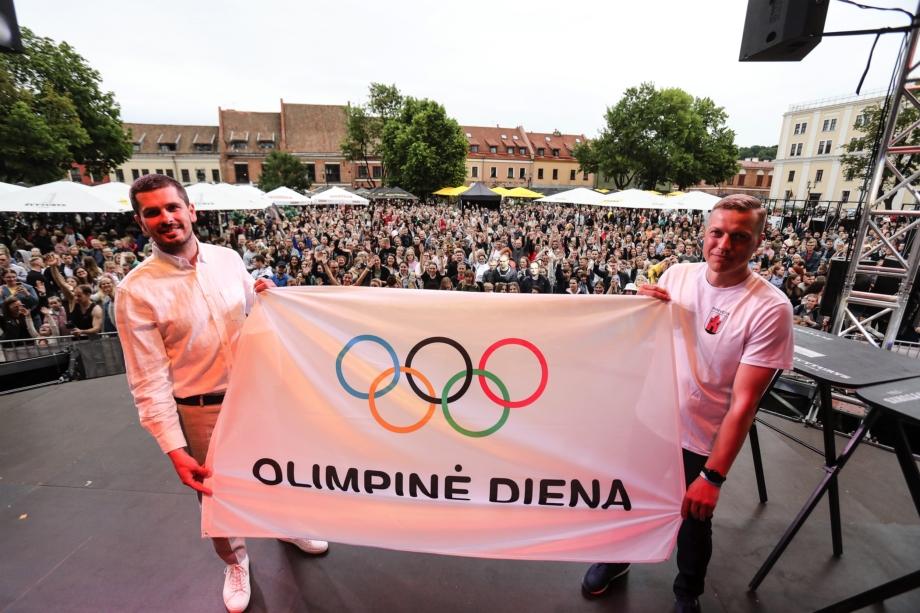 Over 20 000 participants, dozens of Olympians, hundreds of various activities, competitions, tournaments, games and prizes – Kaunas Santaka Park was transformed into one big sports and entertainment square on Saturday, where the Olympic Day 2022 invited city residents and guests to attend a festival of movement.

The last couple of years have been a real challenge due to pandemic restrictions, so the event organised by the National Olympic Committee of Lithuania (LNOC), the Lithuanian Olympic Fund and Kaunas City Municipality was highly anticipated in the 2022 European Capital of Culture.

After the lighting of the symbolic Olympic flame, the participants were greeted by Daina Gudzinevičiūtė, Olympic Champion and President of the LNOC. “The Olympic Day is a beautiful tradition and a great celebration for the city. Since 1989, we have been touring the biggest cities of Lithuania to organise the Olympic Day, and now we are back in Kaunas. Then we had about 10 000 participants, and this year we have twice as many! The mission of the event is to introduce the public to a wide range of sports and give the opportunity to try them out, so it is great to see so many people actively involved,” Ms Gudzinevičiūtė said. 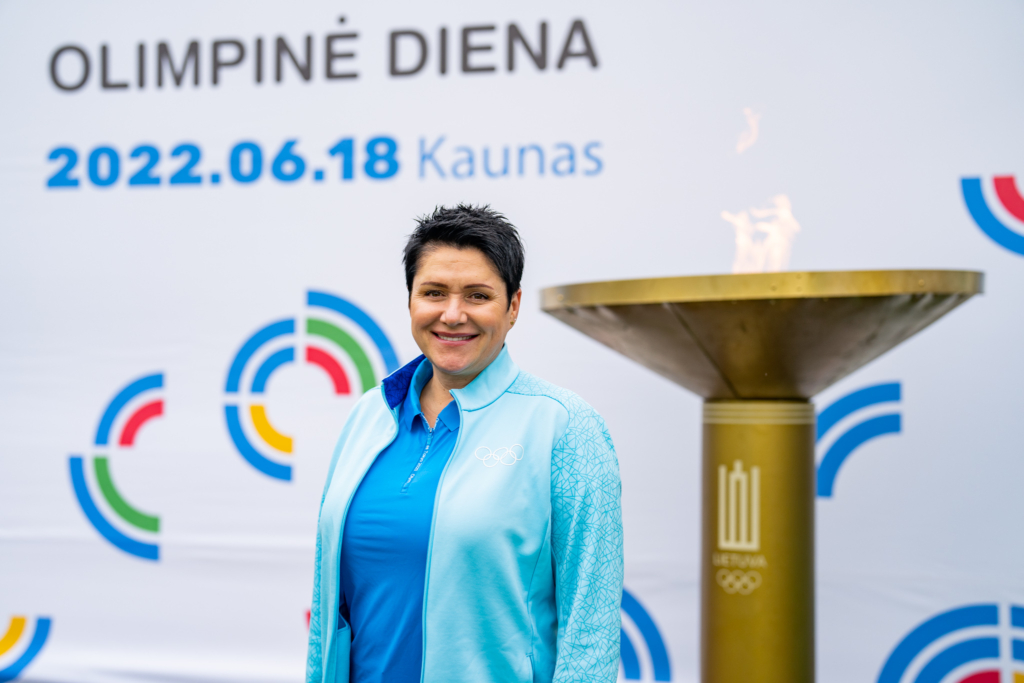 Plenty of competitions and sporting events

Immediately after the opening ceremony, the little runners took to the start line for the 500 metres race, marking the beginning of the “Olympic Day Run” competition. After the children’s run, the Lithuanian Olympic mile, which marks the re-establishment of the LNOC in 1988, was traditionally run, followed by the 5 and 10 kilometres running event. This year, a record number of runners – around 2 000 – took part in the race.

Fans of orienteering also competed in the event, with 116 teams taking part in the “LTeam Rogaining” competition. Using a map, the participants had to run or cycle around the most picturesque places of the central part of Kaunas and find the hidden checkpoints within a certain period of time.

The ZIP FM 3×3 basketball tournament was an integral part of the celebration, with 26 teams, including as many as 8 teams of famous people. Members of the Parliament, Lithuanian Basketball League referees, public figures and programme hosts decided to compete on the basketball court on Saturday.

One of the most endurance-intensive competitions was the extreme “OCR Lithuania” run. More than a hundred participants took part in a special 100-metre long obstacle course. They had to deal with Ninja steps, hanging rings, and Monkey Bars – crossing a certain stretch while hanging on their hands. The event also included a simple stability test and crawling under the net – everything was fast and dynamic.

More than 100 free activities for participants

Organised by the LNOC, the Lithuanian Olympic Fund and Kaunas City Municipality, the Olympic Day 2022 presented more than 100 different free sports and entertainment activities for the city residents and guests.

They could try out various sports, talk to professional athletes, meet the Olympians, engage in games and tournaments, as well as join educational and Olympic education events. More than 15 000 prizes were given away as motivational gifts for active participation. Sports federations and clubs were involved in the event; not only summer but also winter Olympic and non-Olympic sports were presented to the participants, while the Lithuanian Paralympic Committee has also organised individual activities.

Immediately after the closing ceremony, singer Linas Adomaitis took the stage. His concert with a live band was a culmination of the Olympic Day 2022 celebration. The programme was rounded off with a free open-air cinema screening of the biographical drama “I Am Zlatan” at the Castle Amphitheatre.