1924, the year when our country’s athletes were first invited to participate in the Olympic Games, is considered the beginnings of the Lithuanian Olympic Movement. However, the Lithuanian National Olympic Committee was founded only on December 18, 1937. Until then the functions of this committee were carried out by the Lithuanian Sports League and the Physical Culture Palace

The onset of the World War II and the occupation took the Olympic flag away from Lithuania for a really long time.

The LNOC was restored on December 11, 1988, when a summit for the restoration of the Lithuanian National Olympic Committee was held.

Here is the outline of the history of the Olympic Movement in Lithuania.

Lithuania’s Olympic debut took place in 1924 in Paris, and that is why this year is considered the date of the international recognition of the Lithuanian Olympic Movement. Lithuania’s application to the Olympic Games organizing committee included as many as 7 different sports, however, only football players and cyclists participated.

Alas, the debut was fruitless – Lithuanian football team lost the very first encounter, and our two cyclists were unable to complete the race due to mechanic failures.

Lithuania made its debut in Winter Olympics in February of 1928. Ice skater Kęstutis Bulotas competed in three speed skating competitions at a Swiss resort in St. Moritz.

The leaders of the Lithuanian Sports League responded to the USA Olympic Committee’s invitations to participate in the 1932 Winter Olympics in Lake Placid and 1932 Summer Olympics in Los Angeles. However, due to physical education reform and financial hardship Lithuanian athletes were unable to travel to these distant US cities.

Lithuanian athletes also did not manage to take part in the 1936 Summer Olympics in Berlin.

On December 18, the Committee’s composition was approved. The Physical Culture Palace director Vytautas Augustauskas-Augustaitis was appointed as the Committee’s Chairman. Five days later a meeting was held, during which the presidium members were elected: two Deputy Chairmen Jonas Navakas and Rapolas Skipitis, Treasurer Česlovas Butkys, and Secretary Vincas Kemežys. (Editor’s note – it is necessary to point out that this committee was not elected, but rather appointed by the government). The Committee started its work which was crowned by the success of the first National Olympiad in 1938.

In 1940, the IOC’s invitation to participate in the XII Olympiad in Helsinki was sent to Lithuania’s athletes, however, this Olympiad did not take place because of the World War II. When Lithuania was occupied by the USSR, our Olympians’ relationship with the IOC were severed. Many of the Lithuanian Olympic sport leaders and Olympians of the time were repressed.

The restoration of the Lithuanian National Olympic Committee in 1988

The idea to restore an autonomous national Olympic committee was born in 1988.

Right after the establishment of the Reform Movement of Lithuania (“Sąjūdis”) in 1988, the country’s sports community became one of the first to elect a “Sąjūdis” support group. Its members Vytautas Briedis, Dainius Kepenis, Rimvydas Rimdžius, Pranas Rimša, and Antanas Vaitkevičius proposed to not only restore the Olympic Committee, but also to make fundamental changes in the Lithuanian sport system.

In support of this idea, Algis Daumantas and Vytautas Padlipskas established a sports employees coordination center of the Reform Movement of Lithuania.

The restoration of LNOC was greatly pushed forward by Roma Griniūtė-Grinbergienė’s article “Shall we exercise our right to have a LSSR national Olympic committee?”, published in the newspaper “Sportas” on October 6, 1988. After this publication the editorial office was swamped with letters containing over 100,000 signatures prompting for the restoration of the Lithuanian National Olympic Committee.

As the avalanche of these processes began, the Board of the Lithuanian Physical Education and Sport Committee decided to form a commission (work group) for the restoration of the Olympic Committee. The appointed head of the commission was the then first Deputy Chair of the Physical Education and Sport Committee Artūras Poviliūnas, and the work group itself was made up from the most prominent and influential athletes, figures of culture and science, and lawyers. The work group’s main objectives were to clearly formulate the opportunities for the restoration of the Olympic Committee and to provide suggestions for carrying out the reform of the Lithuanian sport system.

The work group’s activities were supported not only by its formal members, but also by Dr. Arvydas Juozaitis, Algimantas Gudiškis, Kęstutis Autukas, and others.

The LNOC Restoration work group members were as follows:

During the LNOC Restoration summit the first President and three vice presidents of the restored LNOC were elected. The head of the work group A. Poviliūnas was elected as the LNOC President, while K. Motieka, V. Nėnius, and Olympic champion G. Umaras became vice presidents. J. Grinbegras was appointed the General Secretary.

During the summit the following resolutions were adopted: “On harmony of sport and health”, “On reform of sport system and autonomy of sport federations”, “On establishment of Olympic Movement Association” (the association of Lithuanian, Latvian, and Estonian Olympic committees).

The restoration of the LNOC was followed by the pursuit of international recognition. On March 11, 1990, the Act of Re-Establishment of the State of Lithuania was adopted. On July 30, 1990, in Lausanne, the leaders of the Lithuanian, Latvian, Estonian, and USSR Olympic committees met the President of the International Olympic Committee Juan Antonio Samaranch. He promised to discuss this question with other IOC members and to form the Baltic States information commission. These processes were slow, however, they were sped up considerably by the 1991 Putsch in Moscow and the collapse of the USSR. The world recognized the independence of Lithuania and on September 17 the United Nations accepted Lithuania into their ranks.

On September 18, 1991, in Berlin, the IOC Executive Board decided to recognize the Estonian, Latvian, and Lithuanian Olympic committees de facto and to bring the three Baltic states back into the international Olympic Movement. The Executive Board also pointed out that “it is not a new recognition, as these three states had been recognized until their annexation by the Soviet Union in 1940.”

Although decisions of such nature are usually approved by the IOC Session, in this case an extraordinary procedure set out in the Olympic Charter was employed in order to speed up the processes by giving the IOC members the right to vote by mail. A total of 94 bulletins were sent: 84 IOC members voted for the readmission and recognition of the Lithuanian Olympic Committee, and none were against (10 members did not send their letters). After counting the voting bulletins, on November 11, 1991, the Baltic States’ Olympic committees were recognized de jure. The IOC President Samaranch signed invitations addressed to the three Baltic states to participate in 1992 Winter Olympics in Albertville and 1992 Summer Olympics in Barcelona. In 1992, following a 64-years break, Lithuania returned to the international Olympic arena. That year Lithuanian athletes participated in both summer and winter Oympic Games.

Leaders of the Lithuanian Olympic Movement 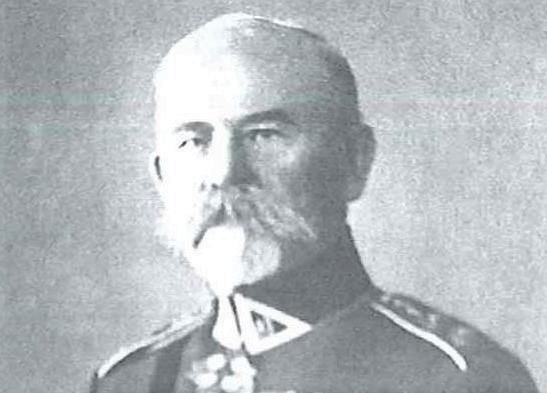 The first de facto leader of the Lithuanian Olympic Committee was General Jonas Jurgis Bulota (1855 04 18–1942 02 06) who had been the head of the Lithuanian Sport League during the period of 1923-1926. He was a sport organizer and a public figure, who helped to publish newspapers “Varpas” and “Ūkininkas”. He also was a member of the Great Seimas of Vilnius in 1905 and the chair of various fellowships. He graduated from the Saint Petersburg Medical and Surgical Academy as a veterinary doctor, worked as the head of the Veterinary department of the Lithuanian Armed Forces and a lecturer at the Lithuanian University (currently Vytautas Magnus University). 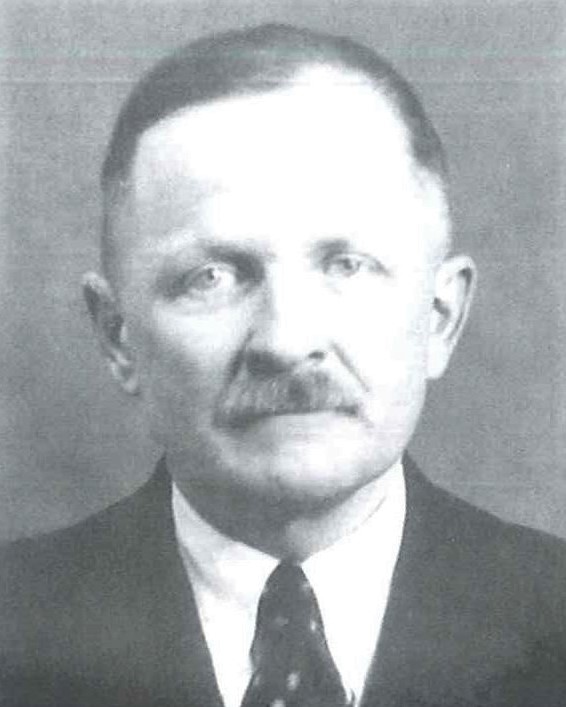 From 1926 the committee was led by Dr. Antanas Jurgelionis (1894 04 14–1976 10 22) – organizer of physical culture and sport, leader of the Lithuanian athletic delegation at the 1928 Summer Olympics in Amsterdam and of the 1937 FIBA European Championship. He was the director of the Physical Culture Palace in 1932-1934. Jurgelionis studied at the Saint Petersburg Military Medical Academy, graduated in the field of medicine and got his physical culture doctor’s degree at the University of Paris, worked as a doctor, lecturer, and scholar. He was one of the founders of the International Federation of Sports Medicine and a pioneer in gerontology.

From 1930, the leader of the National Olympic Committee was Jonas Vileišis (1872 01 03 – 1942 06 01) – a famous public and political figure, one of the signatories of the Act of Independence of Lithuania. He studied at the Saint Petersburg University, Faculty of Physics and Mathematics, graduated from this university’s Faculty of Law, worked as a lawyer. Vileišis helped to publish newspapers “Lietuvos Ūkininkas”, “Vilniaus Žinios”, “Lietuvos Žinios”, was one of the organizers of the Great Seimas of Vilnius in 1905, was the Minister of the Internal Affairs in the Second Cabinet of Lithuania (1918-1919), later was sent as a Lithuanian ambassador to the United States, served as mayor of Kaunas (1921-1931), was the member of Seimas and the State Council of Lithuania, and a lecturer at Vytautas Magnus University. 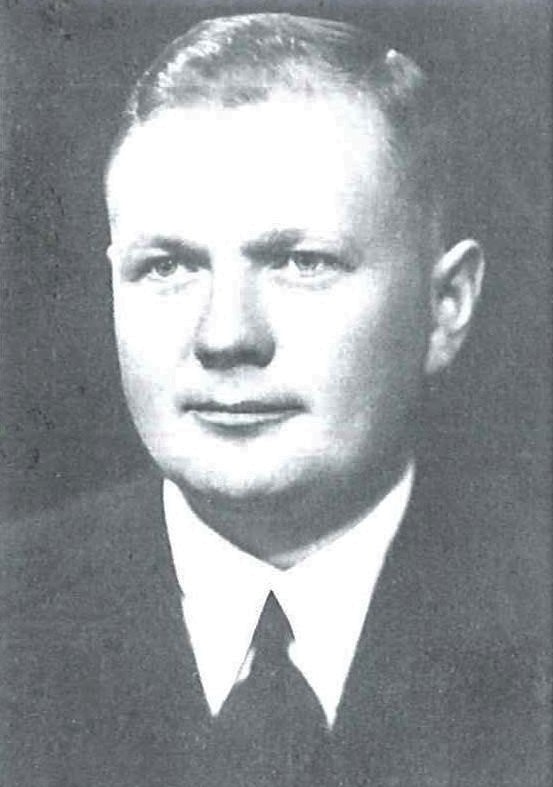 Vytautas Augustauskas-Augustaitis (1904 04 09 – 1958 06 27) who had worked as the director of the Physical Culture Palace from 1934 was the first to become the official LNOC President. He was a sport organizer, an educator, and a scholar. After graduating from the Šiauliai Teachers’ Seminary, V. Augustauskas-Augustaitis worked as a Lithuanian language and gymnastics teacher, later graduated from the Vytautas Magnus University, Faculty of Humanities. He organized the construction of the Physical Culture Palace and the Kaunas Sports Hall, contributed to organizing the first National Olympiad (1938) in Kaunas. During the period of 1940–1945 he was imprisoned and lived in exile.

From December 11, 1988, to October 12, 2012, the LNOC President was Dr. Artūras Poviliūnas (born on August 19, 1951 in Kaunas). He used to be a basketball player, studied at and graduated from the Lithuanian Institute of Physical Culture (now Lithuanian Sports University), worked as a coach, a lecturer, was the deputy chair of the Physical Culture and Sport Committee.  Later he worked as an advisor for the Deputy Chair of the Seimas of the Republic of Lithuania, the senior rapporteur of the President of the Republic of Lithuania, the Chair of the Lithuanian Olympic Fund, and from 2012 – as a lecturer at the Lithuanian University of Educational Sciences. For his achievements he has received numerous awards from the state, the International Olympic Committee, other international Olympic organizations and Olympic committees of other countries. In October 2012, A. Poviliūnas was elected the Honorary President of the LNOC, and in May 2013 – the President of the Lithuanian Olympic Academy.

In 2012 m. Olympic champion Daina Gudzinevičiūtė was elected the LNOC President and since then has been leading the country’s Olympic movement.

Moments of the LNOC restoration