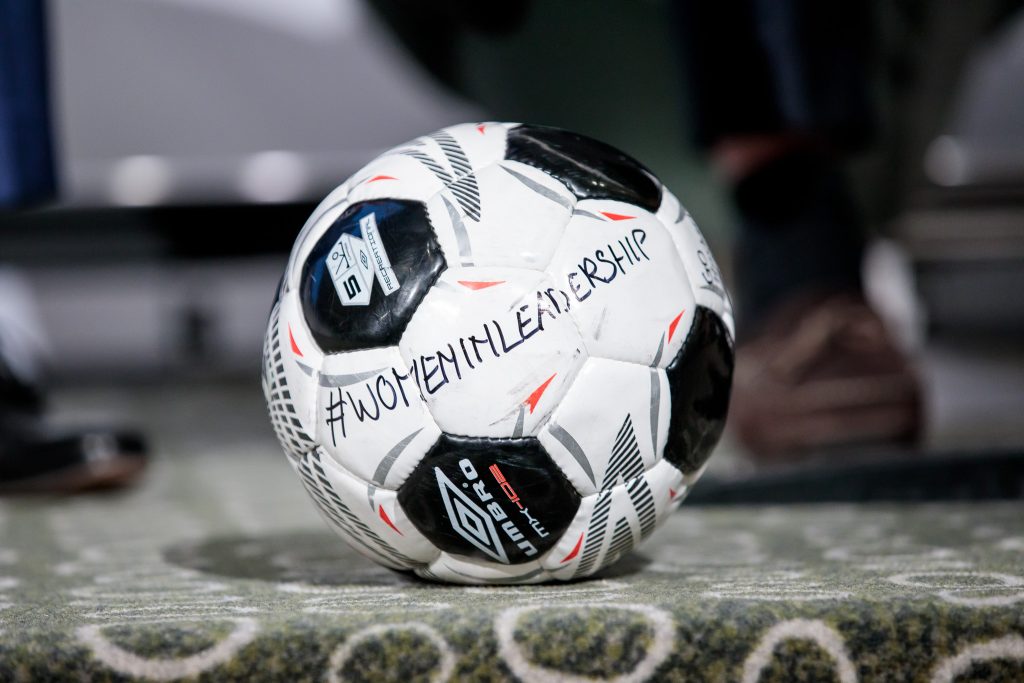 The founder of the modern Olympic Games Pierre de Coubertin said that inclusion of women in sports would be “impractical, uninteresting, unaesthetic, and incorrect.” In Paris 1900 Olympic Games, women were able to compete in only two events, as opposed to 96 events for men. The attitude towards women in sports was pretty radical. However, it was more than a century ago. Now the number of female athletes participating in the Olympic Games is almost the same as that of males. Lately gender equality in sports has been one of the hottest topics.

The IOC is continuously initiating conferences and forums dedicated to women’s leadership and greater involvement of women in sport. These events enable International Federations and other sports organizations to share their experience and best practices and develop effective strategies for increasing the number of women in management.

In October 2016, the IOC Executive Board presented recommendations to all members of the Olympic movement to achieve at least 30% of women in management by 2020.

The Lithuanian National Olympic Committee is one of the 4 national Olympic committees that is being led by a woman. The Olympic champion Daina Gudzinevičiūtė is an active supporter of gender equality in sports movement. The LNOC President was the Chair of the Gender Equality in Sport Commission of the European Olympic Committees Association. At the moment D. Gudzinevičiūtė is the coordinator of this commission.

Pursuant to the IOC’s recommendations, in 2014 the Lithuanian National Olympic Committee established the Gender Equality in Sport Commission. Currently it consists of 9 members, 3 of them are male.

Members of the LNOC’s Gender Equality in Sport Commission:

The Lithuanian National Olympic Committee (LNOC) has implemented or funded many projects in the area of gender equality. One of the most important of them was the first international IOC forum “Advancing Women in Leadership Roles” that was held in Vilnius in October, 2017. The IOC also funded the women leaders’ project “Time for Change!” in Lithuania, while the European Union Erasmus+ programme was used to fund projects SCORE and SUCCESS.

The IOC has already acknowledged the Lithuanian women’s achievements in sports, when in 2013 in Lausanne, the IOC Women and Sport Commission presented the former head of the Lithuanian Sports Center for Pupils and Students Ona Babonienė with an award for her lifetime dedicated to sports.

Daina Gudzinevičiūtė received the prestigious award “Women and Sport” from the International Olympic Committee (IOC) for her activities in seeking gender equality in sport. Her candidacy for receiving the award “Women and Sport” was proposed by the European Olympic Committees Association (EOC). In 2014 D. Gudzinevičiūtė became the Chair of this organization’s Gender Equality in Sport Commission, also, she is the member of the EOC Executive Committee (for the second term).

The most recent event was a two day conference “Gender-related tendencies in Lithuanian media”, that was organized by the LNOC and the Lithuanian Union of Journalists in spring of 2019. It was attended by sports journalists, sports administrators, and elite Lithuanian athletes and candidates for the Tokyo 2020 Summer Olympics who learned about and discussed the most recent tendencies of gender equality in sports.

In January, 2020, during the project’s final event, Lithuanian journalists, athletes and representatives of federations were presented with “Recommendations for the media on sports topics and portrayal of athletes”. After the seminar these recommendations were sent to chief editors of all Lithuanian media outlets and sports editorial offices.

Moments from the IOC’s forum “Advancing Women in Leadership Roles”