The International Olympic Committee (IOC) was founded on the initiative of Pierre de Coubertin on 23 June 1894, during the Olympic Congress. At first Pierre de Coubertin planned to discuss amateur sport during the  congress, however, by the time the invitations for the delegates to gather at the Sorbonne University in Paris were being sent, he changed both the programme and the title of the congress. The event, which was eventually called the “Congress on the Revival of the Olympic Games”, served as an opportunity for de Coubertin to present his proposal to revive the Olympic Games. And thus the International Olympic Committee was founded.

The 1894 Sorbonne congress was attended by 79 participants from 12 countries and its Opening ceremony featured musical pieces, songs, and poems.

This was not the first time that Pierre de Coubertin had proposed his idea of reviving the Olympic Games. Unlike the time when his proposal did not receive much approval during a conference dedicated for education in the Great Britain, the participants in the Sorbonne expressed support and enthusiastically adopted the proposal.

Thus, on 23 June 1894, the decision to revive the Olympic Games was made, as well as the plan to hold the Games every 4 years in different cities. The participants also set the date and location for the first modern Olympic Games, the 1896 Summer Olympics in Athens, Greece.

Demetrios Vikelas was elected as the IOC’s first President, and the IOC’s headquarters were established in Lausanne, Switzerland.

Currently the Olympic Games is the most important sports event in the world and the International Olympic Committee – the most influential sports organization.

The IOC promotes cooperation among national Olympic committees, international sports federations, athletes, organizing committees of the Olympic Games, sponsors, and the United Nations organizations, thus ensuring the continuity of the Olympic Games and the propagation of Olympic values throughout the world. In 2009, the UN General Assembly granted the IOC the status of Permanent Observer.  The mission of the IOC is to promote Olympism throughout the world and to lead the Olympic Movement. The Olympic Charter is the guiding document for the IOC and the entire Olympic Movement.

to encourage and support ethical conduct in sport as well as education of youth through sport and to dedicate its efforts for ensuring that, in sport, the spirit of fair play prevails and violence is banned;

to encourage and support the organization, development and coordination of sport and sports competitions;

to ensure the regular celebration of the Olympic Games;

to cooperate with the competent public or private organizations and authorities in the endeavor to place sport at the service of humanity and thereby to promote peace;

to take action to strengthen the unity of the Olympic Movement and to ensure the autonomy of sport;

to act against any form of discrimination affecting the Olympic Movement;

to encourage and support the promotion of women in sport at all levels and in all structures with a view of implementing the principle of equality of men and women;

to lead the fight against doping;

to encourage and support measures relating to the medical care and health of athletes;

to oppose any political or commercial abuse of sport and athletes;

to encourage and support the efforts of sports organizations and public authorities to provide for the social and professional future of athletes;

to encourage and support the development of sport for all;

The IOC is the governing body of 206 national Olympic committees. The IOC Executive Board consists of the Honorary President, the IOC President, four Vice-Presidents, 10 members, and the Secretary General.

The IOC currently has 105 members. Pursuant to the regulations of the Olympic Charter, the IOC can have no more than 115 members. Up to 70 IOC Members can be individuals, not associated to any posts they are holding, 15 members must be athletes’ representatives, 15 – representatives of international sports federations and 15 – members of national Olympic committees or their associations. Individual IOC members are elected for indefinite term with the age limit of 70 years.

In October 2018, during the 133rd regular session of the International Olympic Committee (IOC) that took place in the Buenos Aires the President of the Lithuanian National Olympic Committee Daina Gudzinevičiūtė was elected a member of the IOC. In 2000, the Olympic shooting champion Daina Gudzinevičiūtė was acknowledged for her contribution in fighting for gender equality in sports, for representing the interests of our country’s athletes when discussing important topics, and for her active participation in the Olympic Movement. D. Gudzinevičiūtė also works in the IOC Athletes’ Entourage Commission.

In 2018 the IOC’s total revenue was 5 billions US dollars, of which 73% were from broadcasting rights, 18% from TOP programme marketing rights, and 9% from other sources. 50% of the revenue (USD 2.5bn) goes to the Olympic Games, 38% (USD 1.9bn) – to international sports federations, national Olympic committees and Olympic Solidarity programs, and 12% (USD 0.6bn) is used to fund the Youth Olympic Games, additional athletes programmes, promoting fair play and Olympic education. 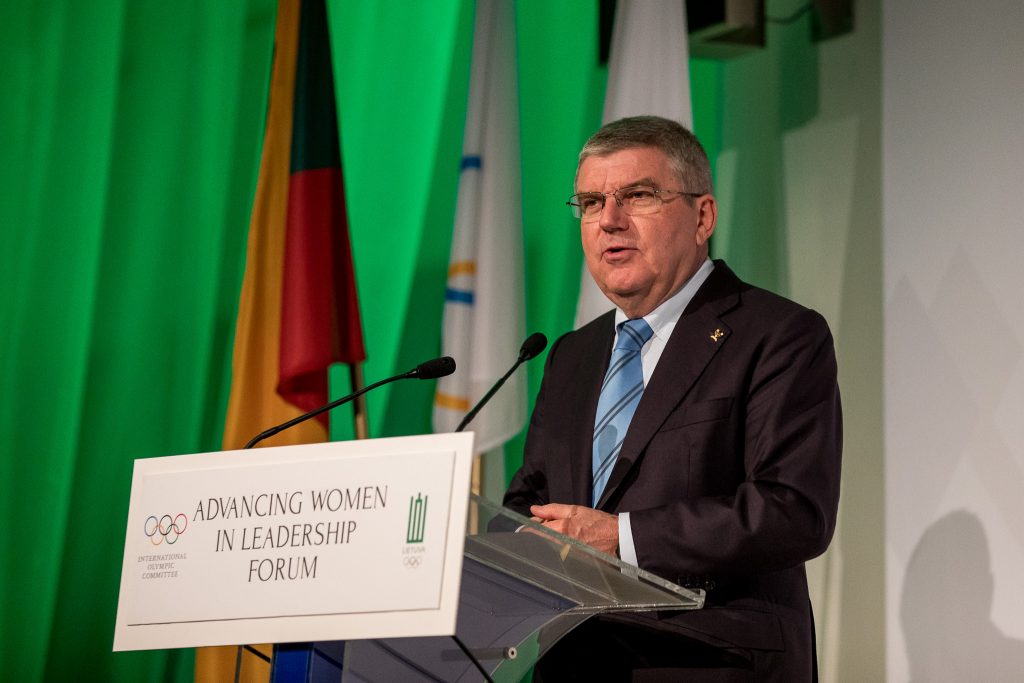 For more information on the International Olympic Committee, visit the official IOC website.

The EOC’s goal is to spread throughout Europe the Olympic ideals as defined by the IOC Charter, in close collaboration with the International Olympic Committee (IOC), the Association of National Olympic Committees (ANOC) and the Olympic associations of the other continents, to educate youth through sport, to promote respect for the environment, thus contributing to the shaping of a better world, to promote the co-operation between the European NOCs by study of common interests, research, exchange of information and the defense of common attitudes, and to develop the Olympic Solidarity programmes of the IOC in Europe. The EOC organizes the European Youth Olympic Festival, the European Games, and the Games of the Small States of Europe. 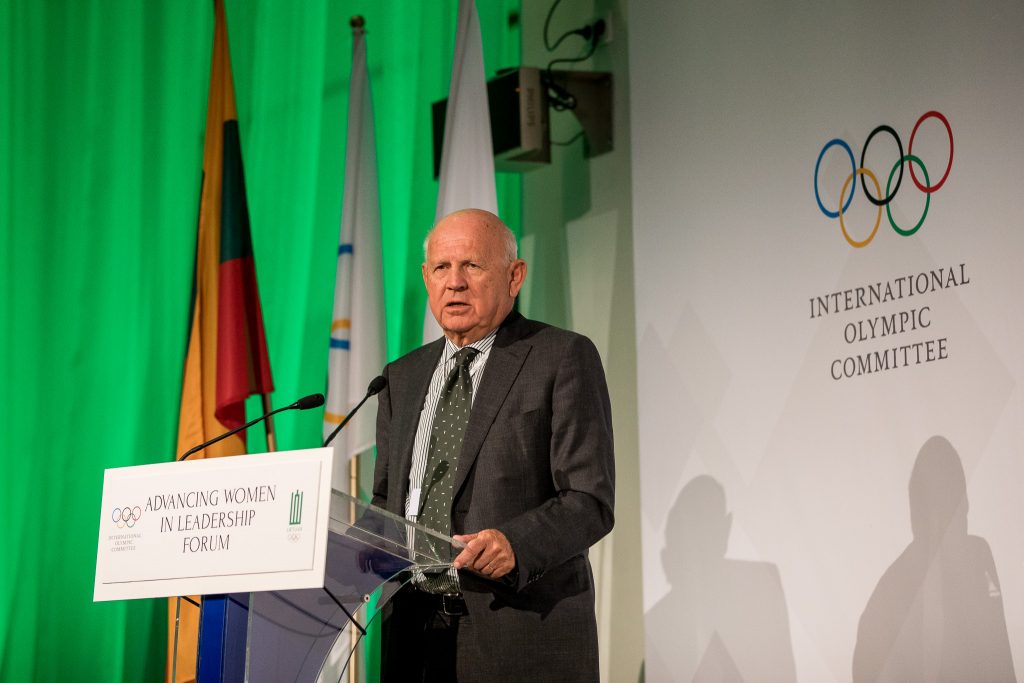 Currently the EOC President is Janez Kocijančič of Slovenia.

Find out more about the EOC and its activities at the official website.

The organization’s goal is to manage the general affairs for the National Olympic Committees, to give them its support, advice, cooperation, and recommendations for their development.

The initiative of Fair Play was inspired by a tragic event that took place at the 1960 Summer Olympics in Rome where the attitude of “winning by all means” took its first toll on an athlete’s life.  Danish cyclist Knud Jensen died as a result of using prohibited performance enhancing substances. This shocking case awakened the sports world and pushed it to take severe measures against doping, chauvinism, and violence in sport. As a result, on December 5, 1963, representatives of UNESCO, AIPS, ICSSPE, and the International Federations of Basketball, Football, Rugby and Wrestling established the International Committee for the Organization of the Pierre de Coubertin Fair Play Awards. In 1973, the organization changed its name to International Committee for Fair Play (CIFP).

The main legislative body of the CIFP is the General Assembly, where each Member has one vote. The CIFP Executive Committee consists of the President, two Vice Presidents, the General Secretary, and the Treasurer. The CIFP Council consists of no more than 20 Members from all over the world. The CIFP Members are various international organizations and individuals. 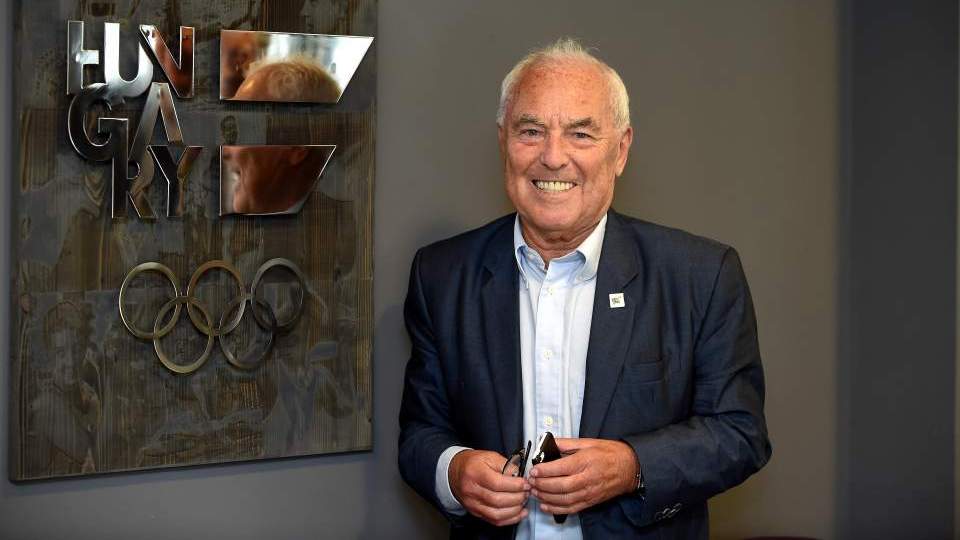 Hungarian Dr Jenő Kamuti was elected president of the CIFP in 2000. The CIFP’s headquarters are in Paris, France, and the bureau of the President and the General Secretary – in Budapest, Hungary.

COURT OF ARBITRATION FOR SPORT

On the initiative of the IOC, the CAS was established in 1984 as an independent body. Since 1994, the CAS has been placed under the administrative and financial authority of the International Council of Arbitration for Sport. The CAS’s headquarters are in Lausanne, Switzerland.

The CAS resolves sport-related disputes submitted to it through ordinary arbitration or through appeals against decisions made by sport bodies or organizations. It makes rulings and awards that are as enforceable as ordinary court judgments It can also help parties resolve disputes through mediation when possible and give advisory opinions about sport-related legal questions. The CAS also establishes temporary tribunals with special rules and regulations for such major events as the Olympic Games.

The current President of the CAS is John D. Coates.

Official website of the International Court of Arbitration for Sport – www.tas-cas.org.