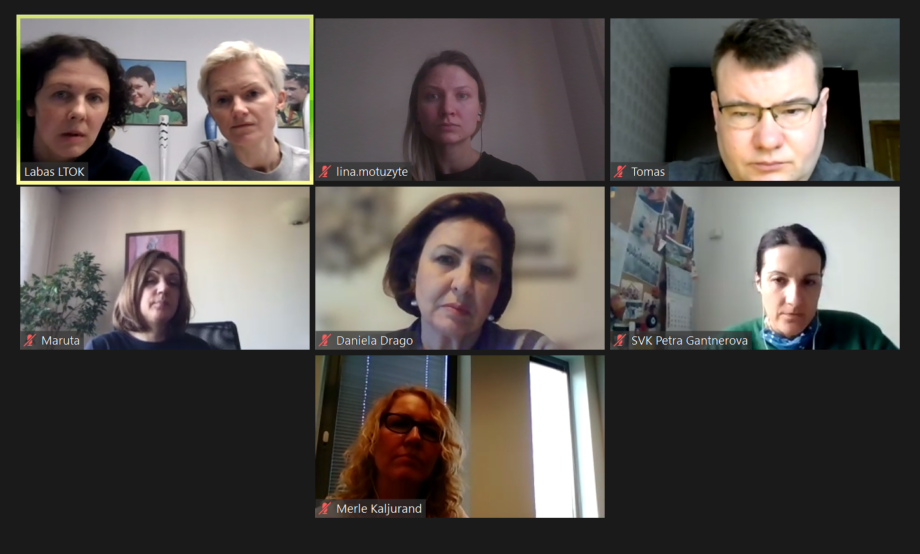 The preparation work for the project New Miracle initiated by the National Olympic Committee of Lithuania (LNOC) is gaining momentum. Members of the Project Steering Committee held their first meeting on Friday.

The first meeting was focused on the presentation of the project logo and the visual concept of the initiative as well as on the discussion of the data analysis to be carried out by the national Olympic committees involved in the project.

The project New Miracle is a unique initiative of the LNOC, with four other European national Olympic committees in Italy, Latvia, Estonia and Slovakia joining it. The LNOC application was among a small number of other applications that won European Union (EU) funding for its implementation. The maximum funding allocated to the initiative was EUR 355,000.

During the initiative, a free training programme and an exclusive mentoring platform for young or novice sports managers will be created where project participants will have the opportunity to get advice from experienced colleagues.

One of the main objectives of the project is to promote gender equality, leadership and participation in decision–making, and to develop self-confidence. Hopefully, good examples shown in the course of the project will lead to changes in society. There are plans to invite young sport volunteers and decision-makers working in sports federations, clubs and other sports organisations to participate in the project.