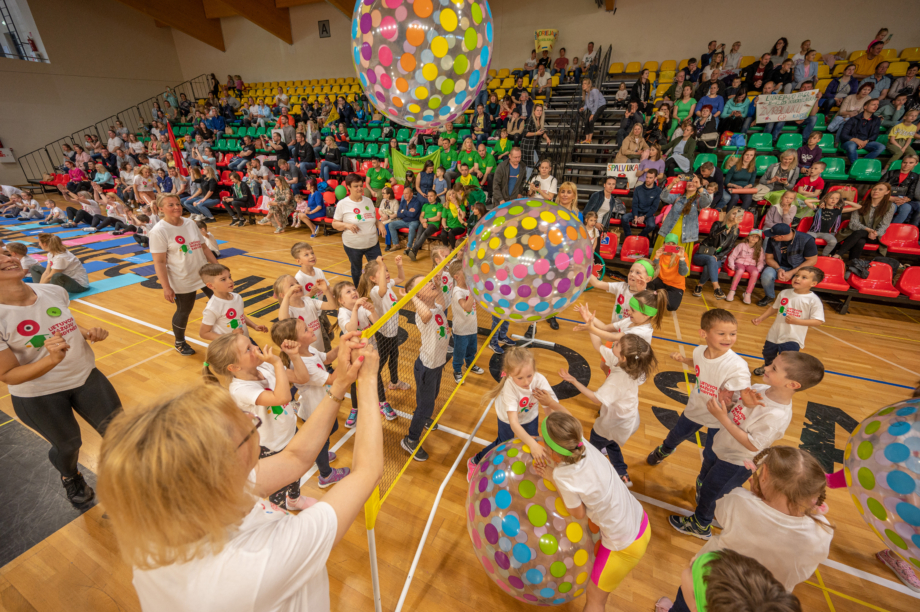 This year the 8th Lithuanian Children Games, the largest physical activity project for kindergarten children in Lithuania organised by the National Olympic Committee of Lithuania (LNOC), attracted a record number of participants.

As many as 44,000 participants were invited to take part in remote sports activities, 426 participating pre-school establishments organised sports festivals inside their institutions, and the final phase was marked by the organisation of 10 major sports festivals.

The final events were based on different relay competitions. Teams of three girls, three boys and two educators competed in the festivals in a series of sporting challenges designed by the organisers to develop children’s overall physical fitness.

A total of 331 pre-school teams took part in the major festivals in the last phase of the project. 12 coaches from the Republican Association of Preschool Physical Education Teachers (Lith. RIUKKPA) welcomed as many as 2648 participants at the final events, who introduced the competitions to the participants and made sure they correctly performed the movements being taught.

“The number of participants, which grows every year, is not only encouraging but also testifies that we are working in the right direction. This year, as many as 44.000 children from all over Lithuania took part in the project’s activities, not only trying out different forms of physical activity but also experiencing many good emotions. We are very grateful to the patron of the project Ms Diana Nausėdienė for her sincere support and attention to the little ones. And, of course, to the teachers. Their work is invaluable,” said Daina Gudzinevičiūtė, Olympic champion and President of the National Olympic Committee of Lithuania (LNOC). 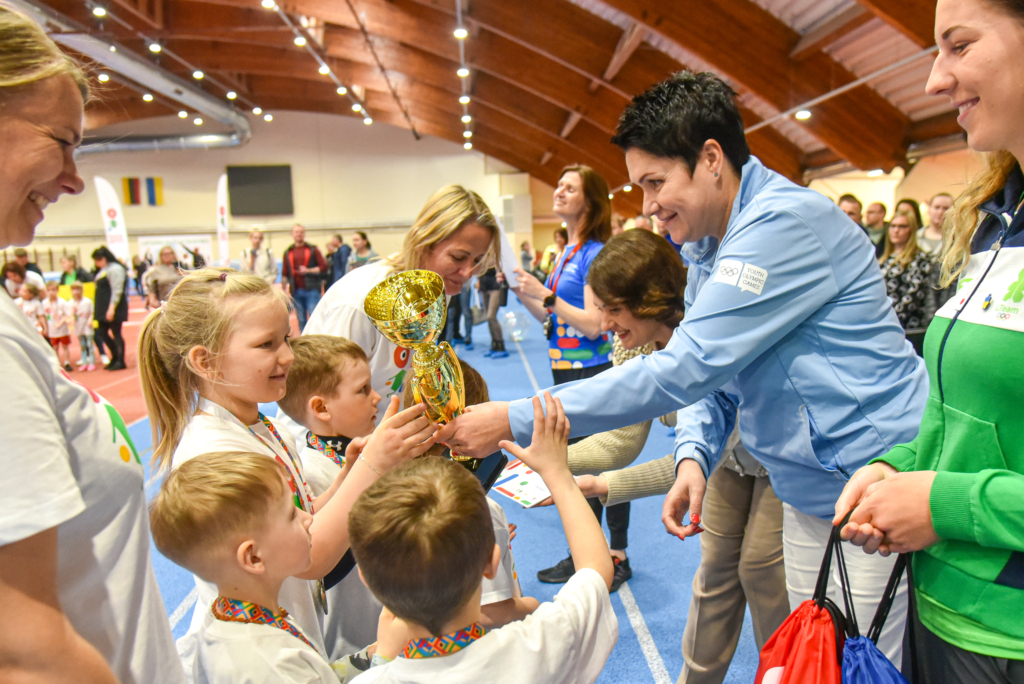 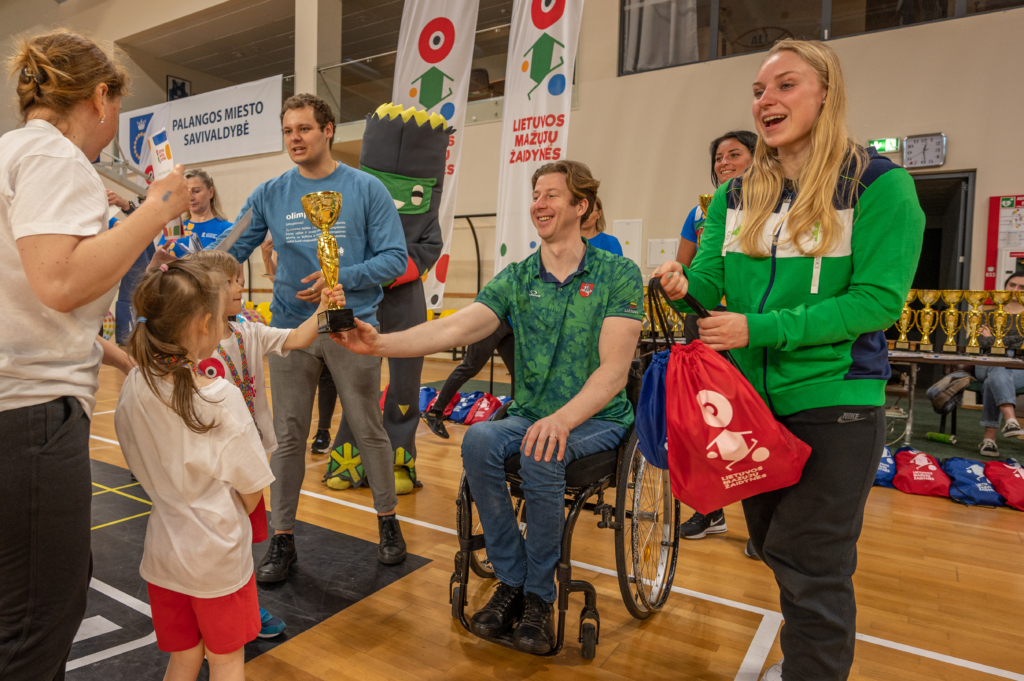 During the events, which have become real sports festivals, participants, with the help of coaches, engaged in running, jumping, climbing, exercising their balance and playing games to train different movements.

During the last-phase festivals, the organisers made the little ones feel like professional athletes by organising the events in city arenas and newly built sports centres. 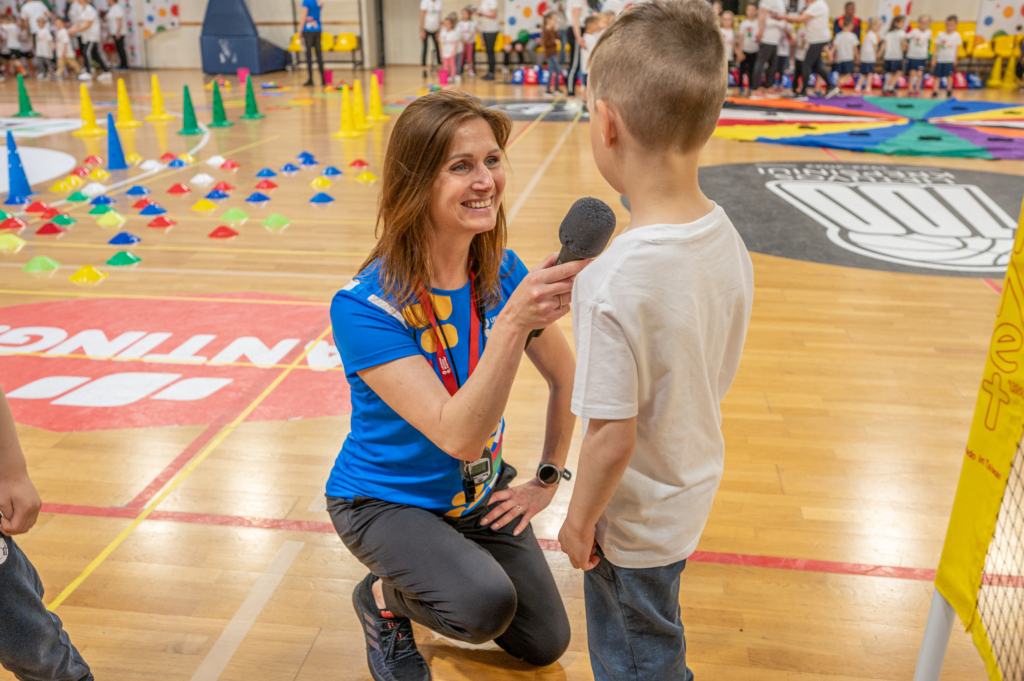 All the events were exceptionally well supported, with an average of 600 spectators gathering to watch the young athletes at each festival.

The project is under the patronage of the country’s First Lady Diana Nausėdienė.

The Lithuanian Children Games have been organised by the LNOC and RIUKKPA since 2014. The project aims at not only introducing pre-school children to the physical activities that are attractive to them but also at involving children into them, thus promoting the joy of sport, socialising, experiencing good emotions and enhancing their health from an early age.

The project is partially funded by the Sports Support Fund administered by the Education Exchange Support Fund.