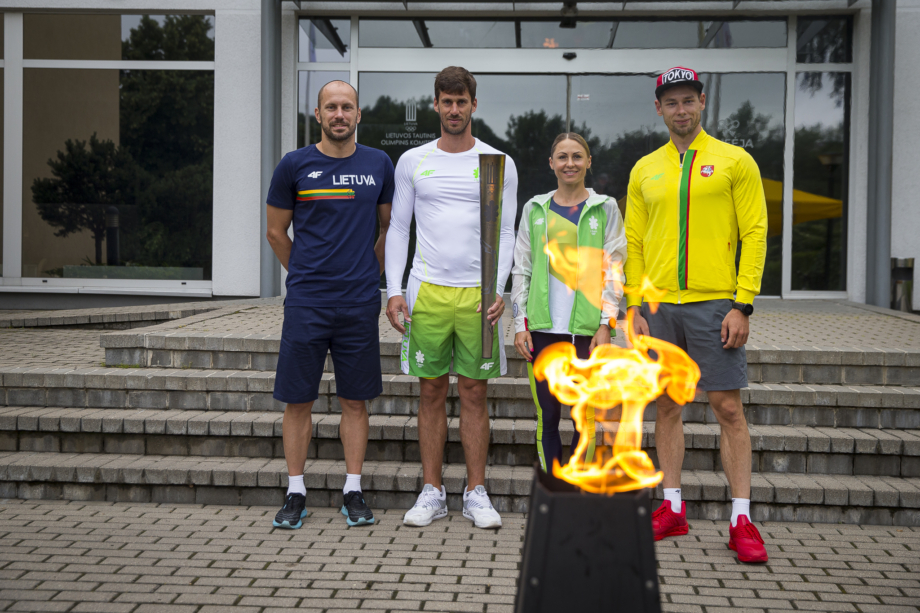 This year, the International Olympic Day festival in Lithuania lasted for a record-long time – as many as six days. During this time, sport fans had the opportunity to try more than fifty different sport activities. President of the Republic of Lithuania Gitanas Nausėda greeted the participants during the final event.

During the celebration of the Olympic Day in Vilnius, for the first time people had an opportunity to try various sport activities from Monday to Friday at dedicated sports bases, namely in the venues used by Olympians for training.

Meanwhile, on Saturday city residents could enjoy the traditional whole-day event, where Vilnius residents and city guests could try as many as 47 sports events and activities. The festival began with the traditional symbolic lighting of the flame of the Olympic Day. It was President of the country Gitanas Nausėda who lit the flame and opened the event.

The following future participants of the Tokyo Olympics carried the Olympic flame from the National Olympic Committee of Lithuania to the place of the festival: canoer Mindaugas Maldonis, pentathlete Justinas Kinderis, windsurfer Juozas Bernotas and Olympic champion, pentathlete Laura Asadauskaitė-Zadneprovskienė.

“I see people of all ages, people with disabilities, families – people who like playing sports. I wish that the number of such people constantly increases, because sport is a lot of fun. I can say that the more strenuous the work, the more refreshing movement and sport becomes during those rare free minutes. Myself, I also try to use those minutes every weekend for cycling, football or basketball, ” said the country’s leader Gitanas Nausėda.

“The Olympic Day has become an integral part of the summer for sport lovers, giving the opportunity not only to have a good time, but also to try new sports. We are very happy to have had in Vilnius the real Olympic Day this year again and we continue our journey around Lithuania with this sport festival,” Olympic champion LNOC President Daina Gudzinevičiūtė expressed her delight with the traditional event which was resumed after a year’s break.

During the sport festival, Vilnius residents and city guests could also enjoy running and Rogaine competitions, the viewers were invited to watch break dance and demo skateboarding programs. The festival also included the children’s 500 metres run, the Lithuanian Olympic mile (1988) and 5 and 10 km running competitions.

This year was the 32nd time when the Olympic Day was celebrated in Lithuania.

To date, the festival took place in various cities of the country – Vilnius, Kaunas, Alytus, Šiauliai, Panevėžys and Klaipeda. Last year, the sport festival, in a changed format, involved not only the Lithuanians scattered all across the country, but also those scattered across the world: it included the virtual Lithuanian Olympic mile running event, which attracted over 3,000 compatriots from 31 countries on all continents of the world.