Separately Together: Lithuanians worldwide will celebrate the Olympic Day by running

Its length is 1988 meters, symbolizing the date of the restoration of the LNOC.

This run has become an integral part of the sports festival that has been taking place for as many as 30 years. Since this year the LNOC is unable to hold the event due to the quarantine restrictions, at least this tradition will remain upheld.

“People have become used to celebrating the Olympic Day actively, therefore, this year, despite the global situation, we decided to preserve this possibility”, said the LNOC President Daina Gudzinevičiūtė. “If previously the sports festival was too distant for some to be able to attend it, this year everyone can participate in the run in every corner of the world.”

“We support this wonderful initiative by the LNOC to hold a virtual run of the Lithuanian Olympic mile and in this way to commemorate the Olympic Day not only in Lithuania, but also in other countries where lots of active Lithuanians reside”, said the Chair of the Sports Affairs Commission of the Lithuanian World Community Laurynas Misevičius.

In the context of the unprecedented COVID-19 pandemic it has become important as never before to maintain physical activity in order to preserve immunity. That is why we will join the LNOC virtual run with pleasure and encourage all sport-loving Lithuanians living abroad to participate.”

It is very simple to participate in the Lithuanian Olympic mile run. All you need is to run at least 1988 meters on June 23, log the result using an app and share it in social networks with the hashtag #OlimpinėDiena2020. The participation in this run is free of charge.

“This is not a competition, but rather a way to encourage people to be physically active even during the quarantine and to enjoy sport and its benefits”, explained Mantas Marcinkevičius, the director of the Lithuanian Olympic Fund that is organizing the event. “Having in mind that the virtual event also will be attended by Olympians, professional athletes and sports enthusiasts, we will not stop after completing just one mile. Based on their ability, the participants can cover two, five, ten, or maybe even twenty Lithuanian Olympic miles.” 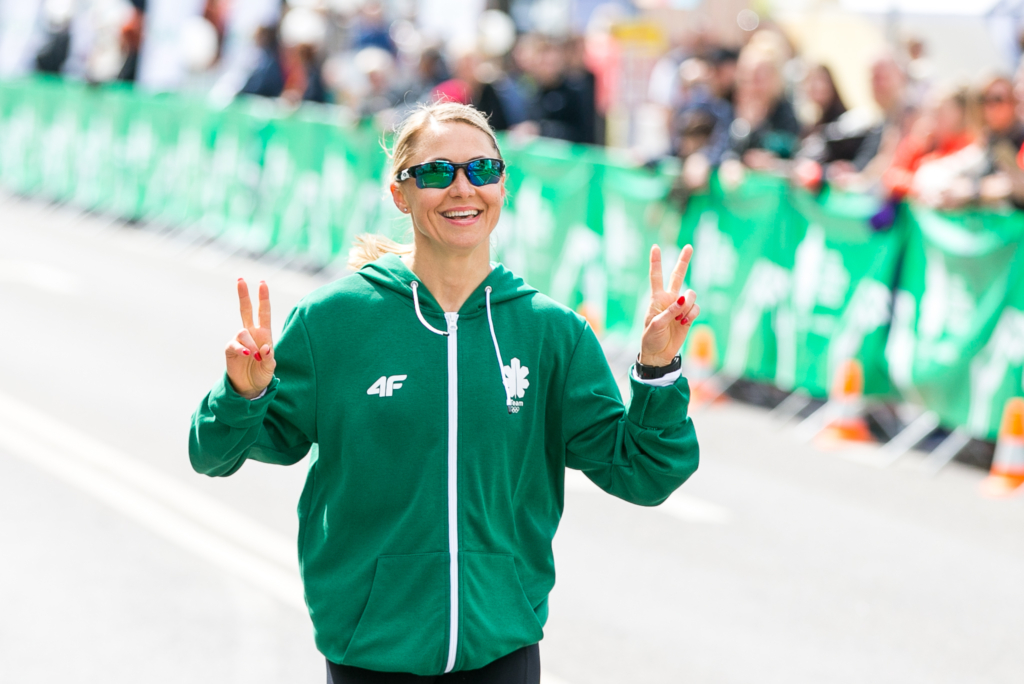 All the participants of the virtual run who manage to run at least one Lithuanian Olympic mile will receive the Olympic Day souvenirs and sponsors’ prizes.

These can be claimed at the LNOC headquarters in Vilnius, Olimpiečių g. 15 or in any “Eurovaistinė” pharmacy. The prizes will not be sent to participants abroad, but there will be a possibility to claim them in several ways: During the events of the WLC and ŠALFASS and by authorized Lithuania’s residents.

Those willing to receive the prizes must fill in a special registration form which will be available in the LTOK.lt website from 00:00 of June 23 to 23:59 of June 25. The prizes will be distributed during the period from June 29 to July 10.

The rules of the virtual run are available HERE. For more information click HERE, while any additional questions can be emailed to renginiai@ltok.lt.