Over 2000 People Participated in the LTeam Winter Festival 2021 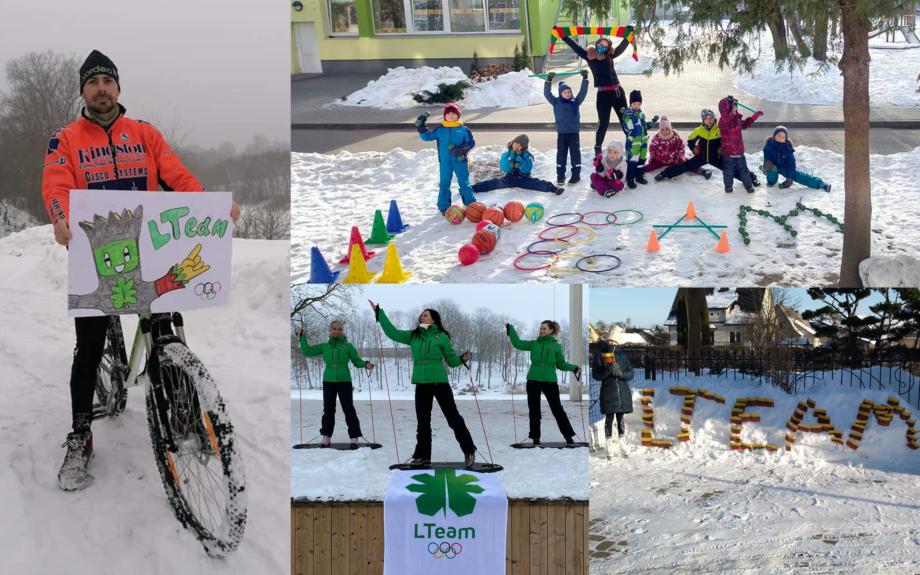 “We have witnessed once again that sport matters – not just for professionals. Lithuanian residents of all ages participated in the virtual festival; kindergartens, schools, various sports organizations as well as coaches joined the festivity, while parents had the opportunity to bring in variety into their quarantine routine by having fun with their offspring,” said Olympic champion, LNOC President Daina Gudzinevičiūtė, expressing her delight.

LTeam athletes, friends and partners had prepared 14 different virtual training sessions specially for the festival. They will be available on the LNOC & LTeam Youtube accounts at the end of the festival, therefore those who have not managed to try them on 17-21 February will be able to do that at their own convenience

All those willing to play sports were able to do that both at home or outside, choosing the most appealing sports to them: jogging, cycling, skating, skiing, Alpine skiing or snowboarding.

Each participant of the LTeam Winter Festival 2021 could win prizes from LTeam paraphernalia – a scarf or warm headphones. All they had to do was to take a photo or a video during the workout, to integrate the word “LTeam” into the shot, to share the video on social networks and fill out the registration form. There were more than 2000 of such posts.

“It was much fun to watch the participants’ photos which they shared on social networks – wide children’s smiles made it possible to sense the true meaning of this winter sports festivity,” stressed LOF Director Mantas Marcinkevičius. “The participants’ creativity was also very impressive, as the photos and videos showed how much effort was put into successful implementation of the conditions of the festival.”

The participants will be able to collect their prizes at a Eurovaistinė pharmacy of their choice on 24 February ‒ 7 March 2021.

There is also a creativity competition underway on LTeam’s Facebook account till 24 February – the authors of the 5 photos and/or videos which will get the biggest number of likes will be awarded with the T-shirts from the Tokyo Olympic collection. Therefore, we invite you not only to participate in the competition, but also to cast your vote for the visual materials you like most.