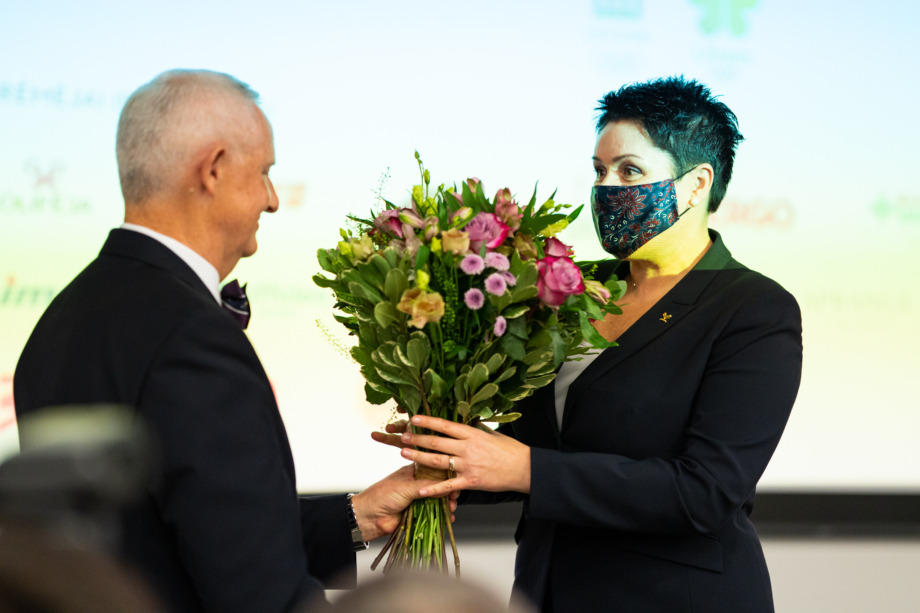 “First of all, I would like to thank the sports community for their trust. During the last eight years, we have manage to complete lot together. Financial support for athletes and federations has been consistently growing, people’s involvement in the Olympic Movement has been enhancing, society’s and sponsors’ trust in the LNOC has been growing, we are respected, appreciated and heard in the global Olympic Movement.

I am delighted that the sports community has granted me and my team the opportunity to continue the work we have started, to develop the dialogue with the society and the sports community, and keep on working in the interest of sport,” said Ms. Gudzinevičiūtė.

Emilis Vaitkaitis, President of the Lithuanian Swimming Federation, was the other candidate to the position of the LNOC President. Ms. Gudzinevičiūtė received 49 votes, while 17 votes were cast for Mr. Vaitkaitis.

Ms. Gudzinevičiūtė, the Olympic gold medallist in the 2000 Sydney Olympic Games, was elected as LNOC President back in 2012. She is the only Baltic states representative in the IOC. This is a historical achievement for Lithuania.

The LNOC President has also been elected to the Executive Committee of the Association of the European Olympic Committees (EOC), also awarded a special IOC Women and Sport Trophy, elected to the IOC Athletes’ Entourage Commission and the Coordination Commission of the Milano Cortina 2026 Winter Olympics.

Daina Gudzinevičiūtė, member of the IOC, President of the LNOC (chairperson of the Executive Committee).

Darius Čerka, Treasurer of the LNOC, President of the Lithuanian Volleyball Federation.

Mindaugas Griškonis, representative of the Olympians.

Gintaras Jasiūnas, President of the Association of Heads of Sports Divisions of Lithuanian Municipalities.