Vilnius Athletics Manege was transformed from a training space into a conference hall – since early morning, it was hosting an event that has already become a tradition: the LTeam Conference, which brings together sports fans and professionals every year.

The jubilee sports festival, which is being organised for the fifth time this year after a year’s break, welcomed its participants with a lively atmosphere ‒ the event was attended not only by professional athletes, but also by their coaches, heads of clubs, federations, sports specialists, fans, and lovers of active lifestyle.

The conference was opened by the First Lady of the country Diana Nausėdienė. “It is extremely important for me to be here with you today, to talk about the issues that are important for sport,” she said beginning her speech.

According to the First Lady, Olympic victories strengthen everyone’s sense of pride in their country, empower them to pursue their goals with courage, and foster a sense of togetherness. “It is important and meaningful that today it is you, those for whom sport is a way of life, who are raising questions about the importance of sport for society and the state. Only a society that encourages movement and a healthy lifestyle from an early age can rise to the Olympic heights,” said Diana Nausėdienė in her welcoming speech at the LTeam Conference. 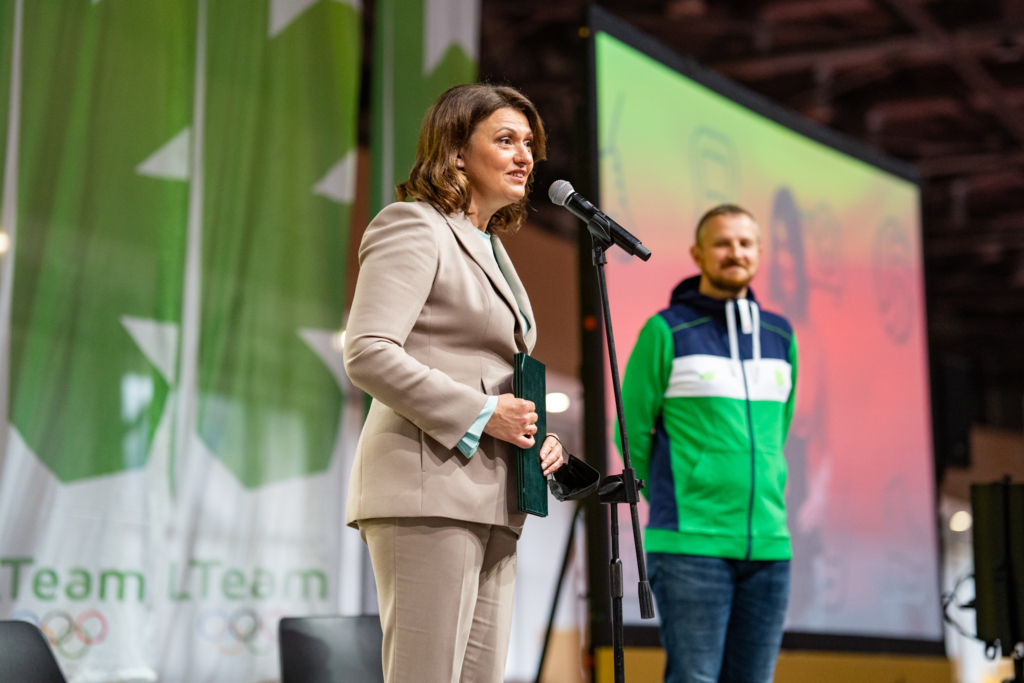 The guests and the viewers of the live broadcast were also greeted by Olympic champion, President of the National Olympic Committee of Lithuania Daina Gudzinevičiūtė.

“We are talking today about sport: from the greatest victories to physical literacy, which is important for the whole country. I thank First Lady Diana, who is not only active in promoting physical activity among children, but also took the time to meet with the sports community today. Your support means a lot to us. Sport is multifaceted and involves almost every resident – it is work, passion, business, entertainment. I am delighted that the LTeam Conference, launched five years ago, is attracting increasing attention from sports fans and professionals. I wish you to be actively involved in the discussions and to expand your knowledge even further,” she said.

The first speaker to open the conference programme was Laura Asadauskaitė-Zadneprovskienė, pentathlete, vice-champion of the Tokyo Olympic Games. Together with her teammates ‒ the Athens Olympic silver and Beijing Olympic bronze medallist, pentathlete, coach Andrejus Zadneprovskis, pentathlon coach Jevgenijus Kliosovas and Olympic running coach Irina Krakoviak ‒ she talked about what lies behind the Olympic silver, and shared her thoughts on the importance of teamwork. 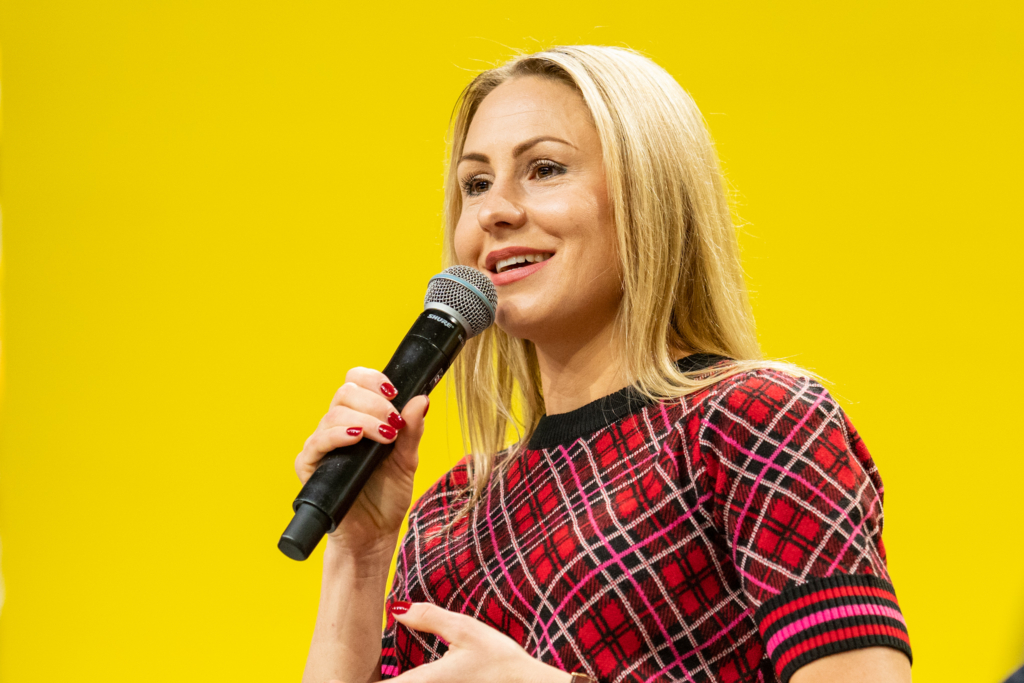 The event focused on sports science, with marathon runner, researcher at the Lithuanian University of Sport Tomas Venckūnas, a sports physician, the physician of the Lithuanian Olympic rowing team, and representative of the Affidea Lietuva Medical Centre Mantvydas Šilkūnas, as well as the Olympic vice-champion rower Saulius Ritter discussing on the importance of sports science in aspiring for results. 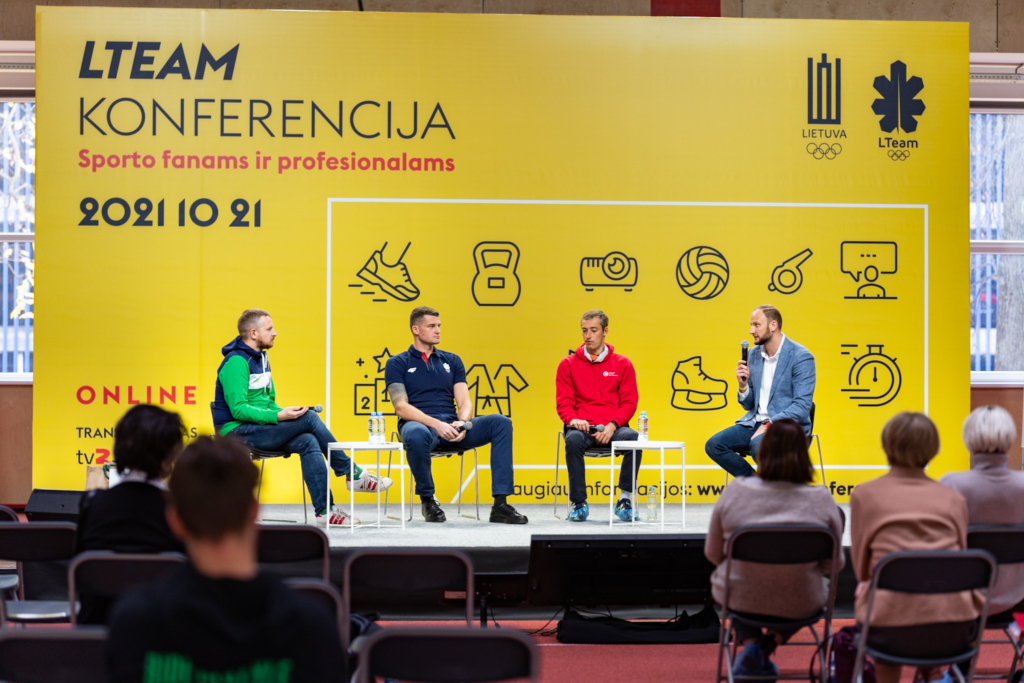 One of the most important topics at the LTeam Conference was sports psychology, and one of the most anticipated guests of this year’s event, Anje Marijcke van Boxte, a sports psychologist who arrived in Lithuania from the Netherlands specially for this event, gave a presentation on this topic.

Raminta Bučiūtė, a lawyer at the law firm Glimstedt, gave a presentation on the issues to be aware of when using an athlete’s image ‒ a topic which was relevant and caught the interest of the viewers. 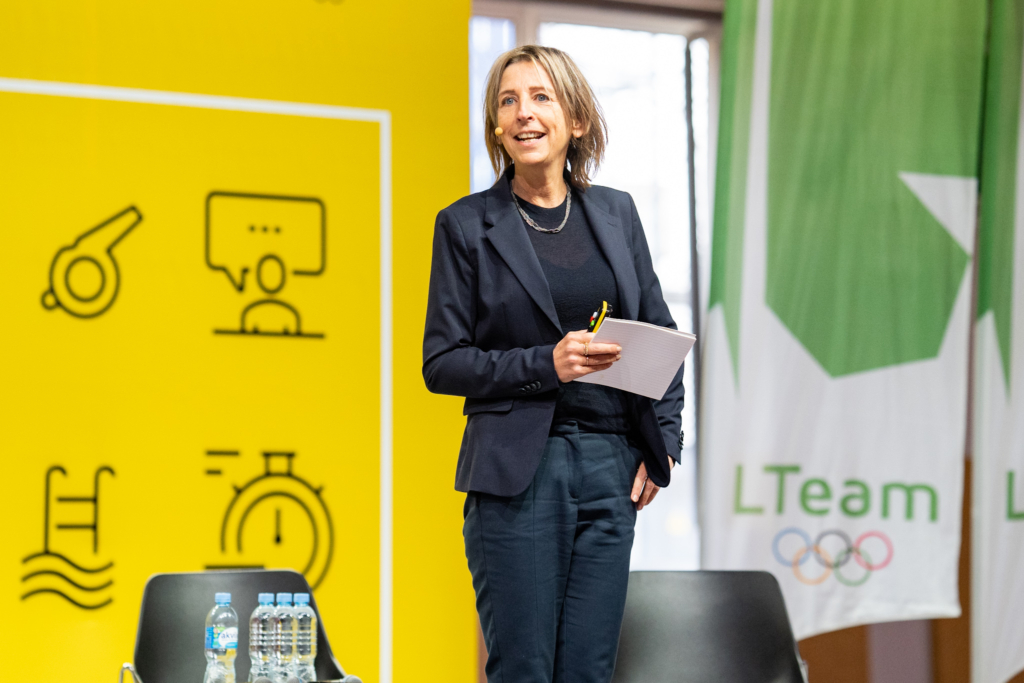 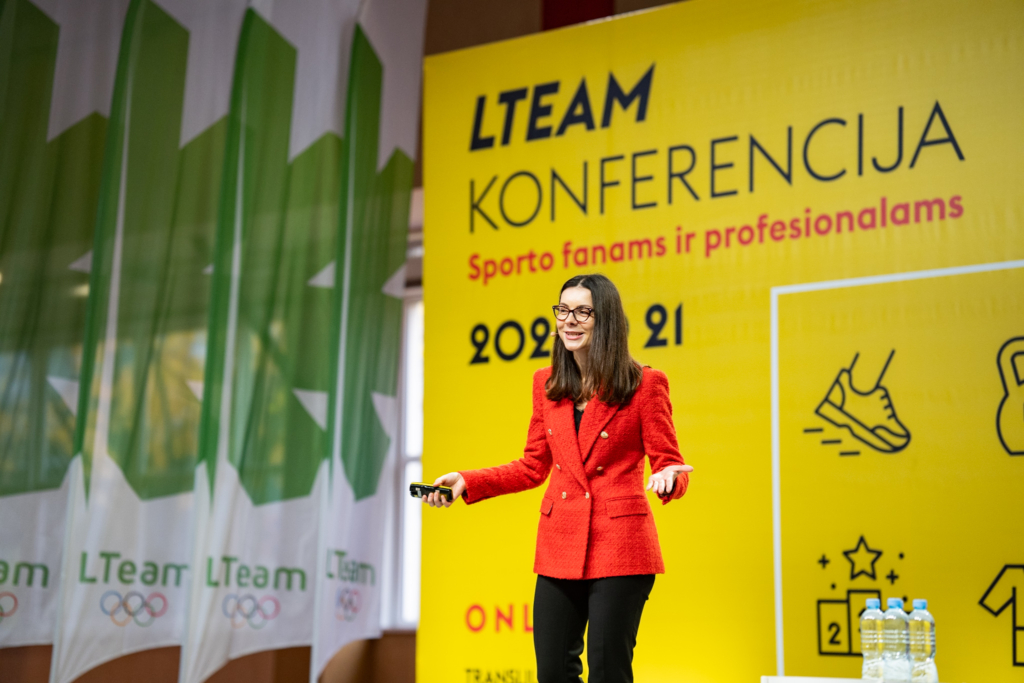 The participants of the conference were also interested in the presentation of Elvinas Jakimovas, digital communication strategist, representative of Instinctus, on the topic of communication in social networks. He spoke of effective communication and strategic use of media. 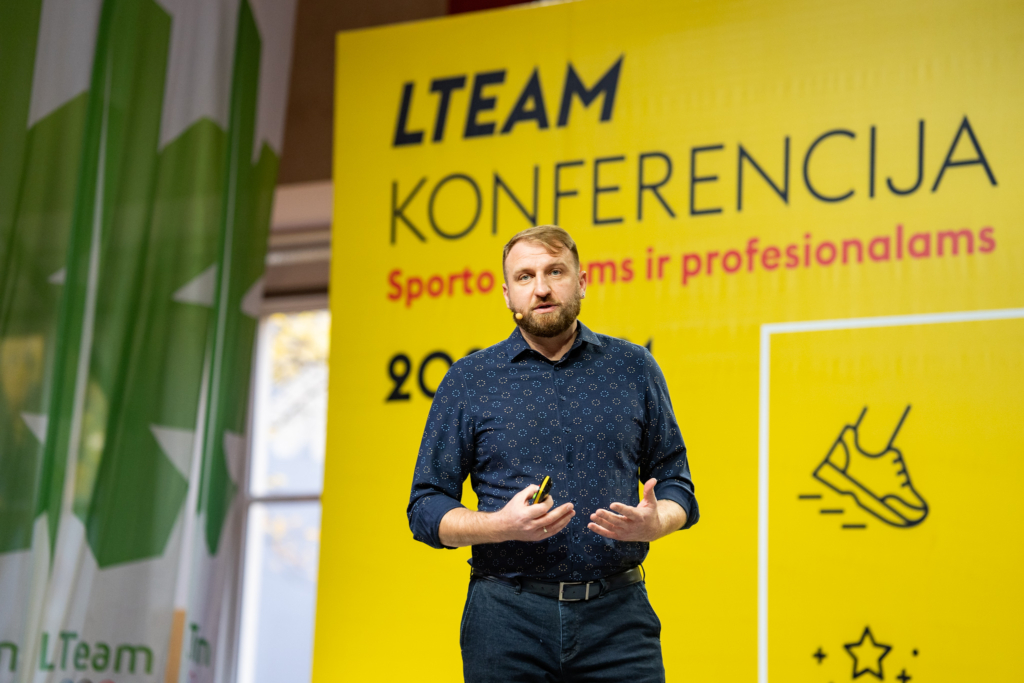 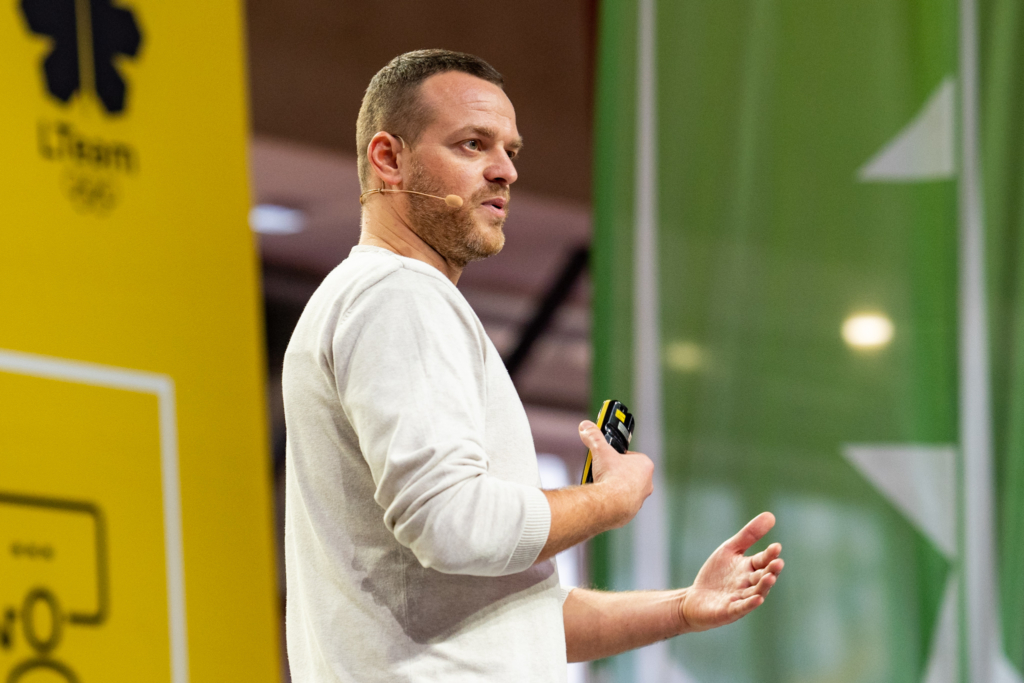 The conference invited the participants to engage in a discussion on the responsibility of companies to involve their employees in various activity and health promotion programmes. How do various sports events, initiatives to promote movement, joint collective activities affect employee motivation? Asta Lukoševičiūtė, a representative of DHL Lietuva who had climbed the Everest, Vidmantas Šiugždinis, an active-lifestyle promoter, President of the Lithuanian Association of Sports Clubs and Head of Impuls Sports Clubs, and Laura Čiginskaitė, Head of Communication Content of Eurovaistinė, shared their thoughts. 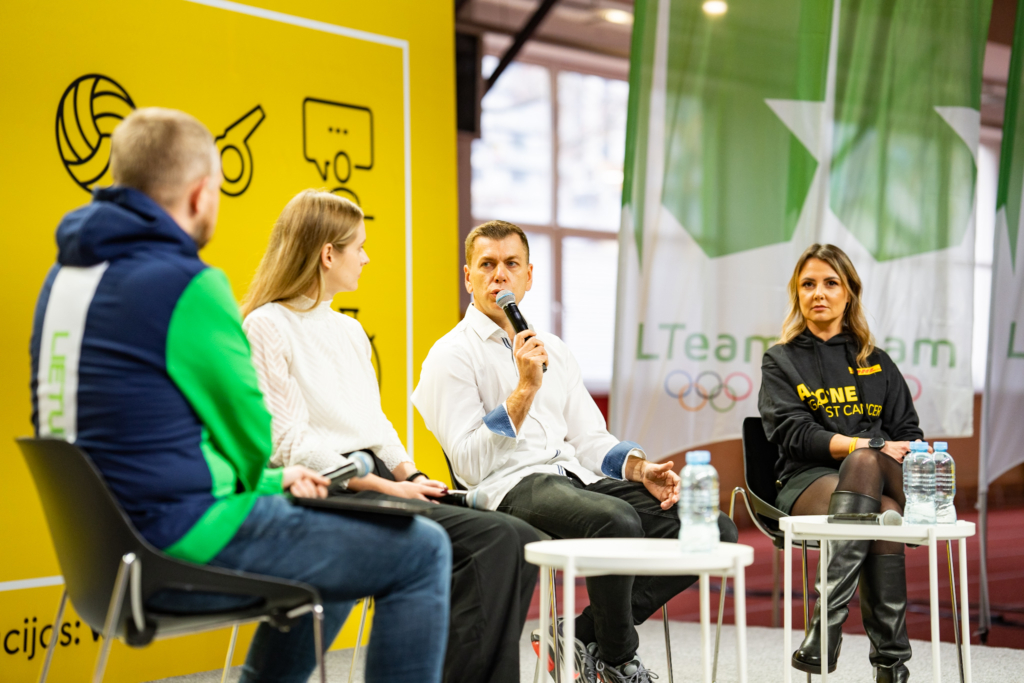 The participants were also invited to participate in an exercise session given by coach Agnė Buta together with Impuls. The event was moderated by Paulius Ambrazevičius, a sports enthusiast, presenter of broadcasts and events.

LTeam Conference is an event where professional athletes, coaches, leaders and employees of teams, clubs, and federations, as well as dedicated sports fans, may gain additional information and knowledge. In this unique conference professionals of their respective fields talk about global sports market trends, share personal experience and advice. Since 2017, every September LTeam Conference has been organized and held by the Lithuanian National Olympic Committee and the Lithuanian Olympic Fund.