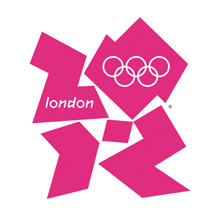 During the London 2012 Summer Olympics the sports world was amazed by the 15-year old swimmer Rūta Meilutytė, who won gold in the 100 meter breaststroke and became a global sensation.

One more gold medal was won by the pentathlon athlete Laura Asadauskaitė-Zadneprovskienė.

while canoeist Jevgenijus Šuklinas was awarded a silver medal. However, in February 2019 it was announced that re-analysis of Šuklinas samples resulted in a positive test for the prohibited substance dehydrochlormethyltestosterone. On June 12, 2019, the LNOC received the written statement of the IOC Disciplinary Commission declaring that J. Šuklinas was stripped of his silver medal at the 2012 Summer Olympics.

Meanwhile, the Lithuanian heptathlete Austra Skujytė had reached 5th place, however, in 2013 the 4th place winner Ukrainian Lyudmyla Yosypenko was disqualified for doping, and in 2016 the International Olympic Committee applied sanctions for the same violation to the 3rd place winner Russian Tatjana Chernova, thus making A. Skujytė a 3rd place winner. On December 20, 2018 during the LTeam Awards ceremony the athlete received her Olympic bronze medal from the hand of the LNOC President, IOC member Daina Gudzinevičiūtė.

During the Olympic Games Closing ceremony the Lithuanian flag was carried by discus thrower Virgilijus Alekna.

Three athletes from the Netherlands Antilles and one from South Sudan participated independently under the Olympic flag (as their NOCs had not been recognized by the IOC at the time).