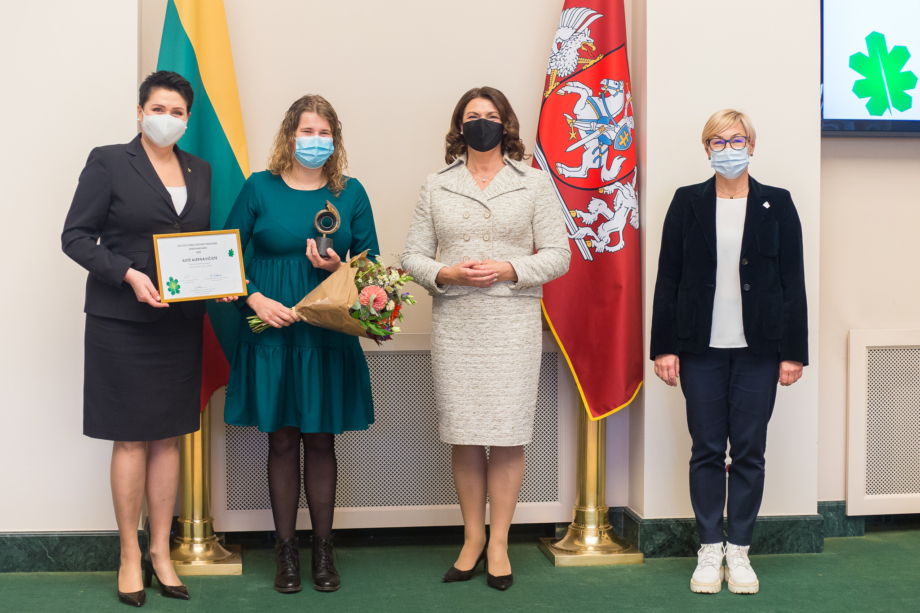 On the eve of the International Teachers’ Day, the most active, innovative and most deserving physical education teachers were honoured for the eleventh time during the Best Lithuanian Physical Education Teachers Awards.

This initiative aims to reward and promote educators who make a significant contribution not only in organising and conducting lessons, applying innovative methods, educating the younger generation, working with educational communities, but also sharing their experience with their colleagues and disseminating the Olympic and sport values.

10 educators were awarded. It has also become a tradition to recognise not only the educators working in schools but also those working in pre-school educational institutions.

“Being a teacher is first and foremost a challenge to work in a way that makes activities interesting and motivating both for the children and for myself, and for all members of the community. To be the laureate of these awards is an incredible recognition of my work, which I could not have achieved without the support of my colleagues and family. This award is an indicator that I am moving in the right direction, and it is an even greater incentive to keep going and improving,” said Lina Račė, physical education teacher at Šiauliai  kindergarten “Žiogelis”.

The main criteria for the awards were teachers’ practical activities, their contribution to physical activity of children and young people and the development of physical education and sport during the 2019-2020 years. According to the organisers of the awards, the contribution of teachers is not only determined by their victories in the Lithuanian School Games, but also by their activity in organising events, the use of innovative methods in educating the children and youth, their work with the communities of educational institutions and others.

“Being a physical education teacher means a lot to me:  it is pride, the meaning of my life, responsibility and a genuine love for my work. I can absolutely call myself a teacher by vocation because I come to every class with shining eyes, optimism, energy and new ideas. My greatest reward is the emotions and smiles of the children and their desire to be physically active not only during classes but also in their free time.

I am delighted that my personality and work activities have been recognised, it motivates and encourages me to move forward,” Mantas Brazionis, a teacher at Kaunas Aleksandras Stulginskis School – Multifunctional Centre, said with delight.