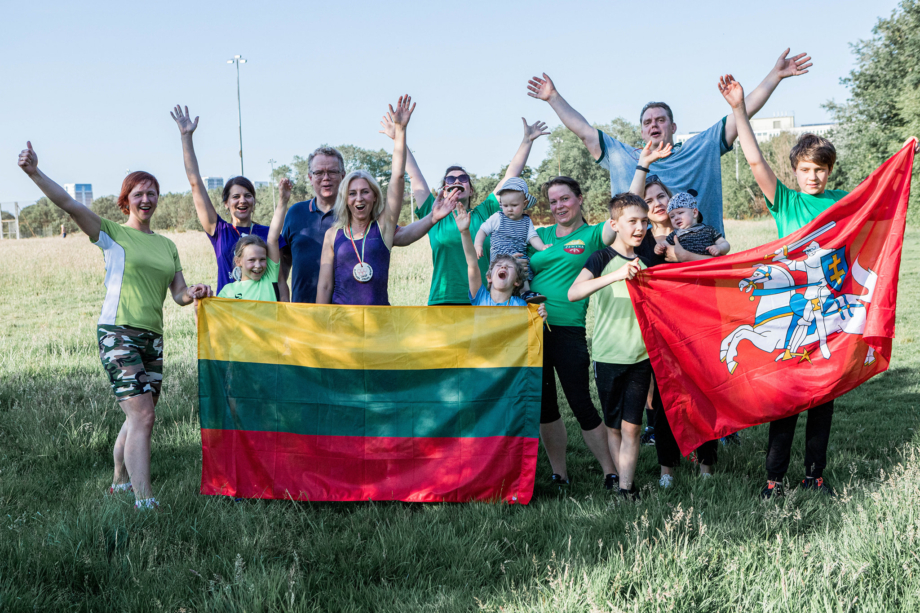 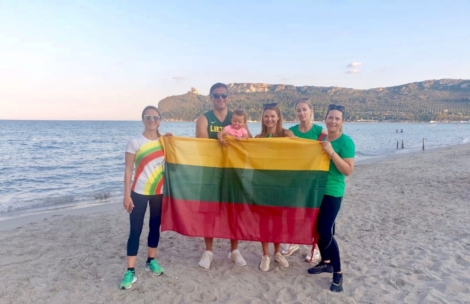 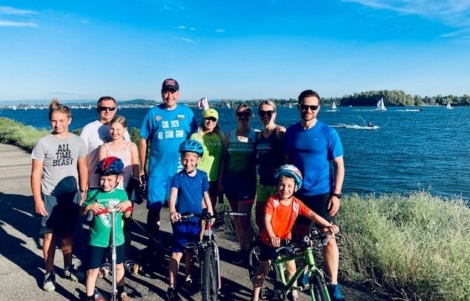 The virtual Lithuanian Olympic mile run united Lithuanians across the globe. On June 23, the commemoration of the International Olympic Day was attended by more than 3,000 Lithuanians from 31 countries on 5 continents of the world.

Whether individually, or with families, friends, colleagues, or community groups, the Lithuanians ran the Lithuanian Olympic mile, the length of which symbolizes the restoration of the Lithuanian National Olympic Committee (LNOC), in Europe, Asia, Africa, both Americas and even the distant Oceania.

In Lithuania, participants ran in various corners of the country, while Lithuanians living abroad covered the distance of 1988 meters in as many as 30 different countries.

The Lithuanian Olympic mile was also covered in many states of the USA, also in Canada, Brazil, China, South Africa, Australia, and New Zealand.

“It’s hard to believe how this seemingly simple idea shook the whole world. Once again, we were able to witness the unity of Lithuanians and how they value their sense of belonging to the community”, said Mantas Marcinkevičius, the director of the Lithuanian Olympic Fund, not event trying to hide his astonishment.

“We wanted to encourage people to actively engage in and to feel love for sports. Photos of smiling people and thank-you messages prove that our mission was a success.

The festive run was attended by Olympians, the LNOC employees and partners and sport-loving politicians and celebrities who organized a united symbolic run at Vingis park in Vilnius.

“Today the President Gitanas Nausėda is running his very own Olympic mile in his office. However, he is sending his warmest wishes and greetings and in his heart he is here, with us. This initiative is of extreme importance, as it brings change. If this change turns into an enormous wave, it will be a huge achievement. We congratulate the Olympic Movement, this active community and their Olympic idea that brings Lithuania into a united global team”, said the First Lady of the country, Diana Nausėdienė, at the event where she gave the start to the run.

“This event is very inspiring, particularly for children, because many find it difficult to decide on which sport to choose, therefore, this is a good opportunity to try out new things and to find something to one’s liking”, said Laura on the importance of the LNOC’s events. At the event, the athlete and her husband were accompanied by their 10-year-old daughter.

Also, among those setting a sporting example to the public were professional golf player Juozapas Budrikis, frontman of G&G Sindikatas Gabrielius Liaudinskas-Svaras, singer Gabrielius Vagelis, TV show host Mindaugas Rainys, and the Chair of the Parliament’s Commission for Youth and Sport Affairs Kęstutis Smirnovas with his three children.

“It was an incredibly fun and enjoyable experience and a pleasant crowd. I like the fact that it was a festival, we need more of those. You are running together with professionals and representatives of the sports world and it is pleasant to be a part of the community,” said G. Liaudanskas after the run. He also emphasized the importance of the attendance of Lithuanians abroad. “It seems we have another festival that can unite Lithuanians across the world, just like with the singing of the national anthem.”

Everyone who ran the Lithuanian Olympic mile on June 23, recorded their result using a running app and shared it on social networks with the hashtag #OlimpinėDiena2020, became eligible for one of the 15,000 prizes prepared by the organizers.

“In order to claim the prize, the participants had to fill out a special form, but it is obvious that it was not the prize that most Lithuanians participated in the run for. Forms were filled out by more than 3,000 people, but the activity in social networks and the size of groups of runners captured clearly demonstrated that a lot more Lithuanians participated in the run around the whole world”, pointed out M. Marcinkevičius.

Runners who had filled out the forms can collect their prices from June 29 to July 10 at selected location – the LNOC’s headquarters in Vilnius or one of 280 pharmacies “Eurovaistinė”.

The LNOC and LTeam celebrated Olympic Day in this manner for the first time in history. Due to the global pandemic and the quarantine, Lithuania’s biggest sports festival that attracts tens of thousands of visitors and that was supposed to take place on June 13 in Vilnius had to be postponed, but it also offered an opportunity to celebrate the International Olympic Day on its original date and without any location limitations.

“Every obstacle brings new opportunities”, pointed out the LNOC President Daina Gudzinevičiūtė. “Sport did not go anywhere from our lives and thanks to the quarantine, Olympic Day can be enjoyed by Lithuanians living not only in Lithuania but also abroad. I am really glad that this sports festival can bring them all together.”

As the normal life is slowly getting back to its tracks, this year might go down in history as the year when Olympic Day is celebrated twice in Lithuania.

The end of the quarantine and the decline in the number of people suffering from the coronavirus both increase the likelihood of organizing Olympic Day 2020 in autumn, as was planned from the start. This festival would take place in the beginning of autumn in Vilnius.