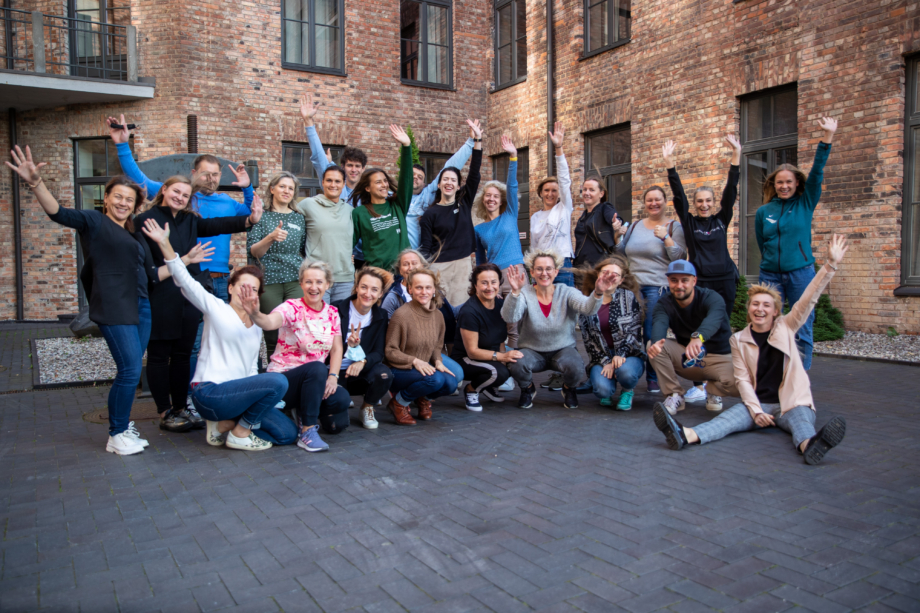 On 4-6 October, Lithuanian NOC hosted the training course for advanced learners of the Olympic Values Education Program (OVEP). The programme is developed and managed by the International Olympic Committee (IOC). 19 educators took part in the training and deepened their knowledge of Olympic education through a series of engaging practice based activities.

All tasks and activities presented by the programme based on five educational themes of Olympism: Respect for Others, Fair Play, Joy of Effort, Balance Between Body, Will and Mind, and Pursuit of Excellence. These are universal common human values, whose discovery, whose nurturing in children is the task for every teacher, every citizen, every family. 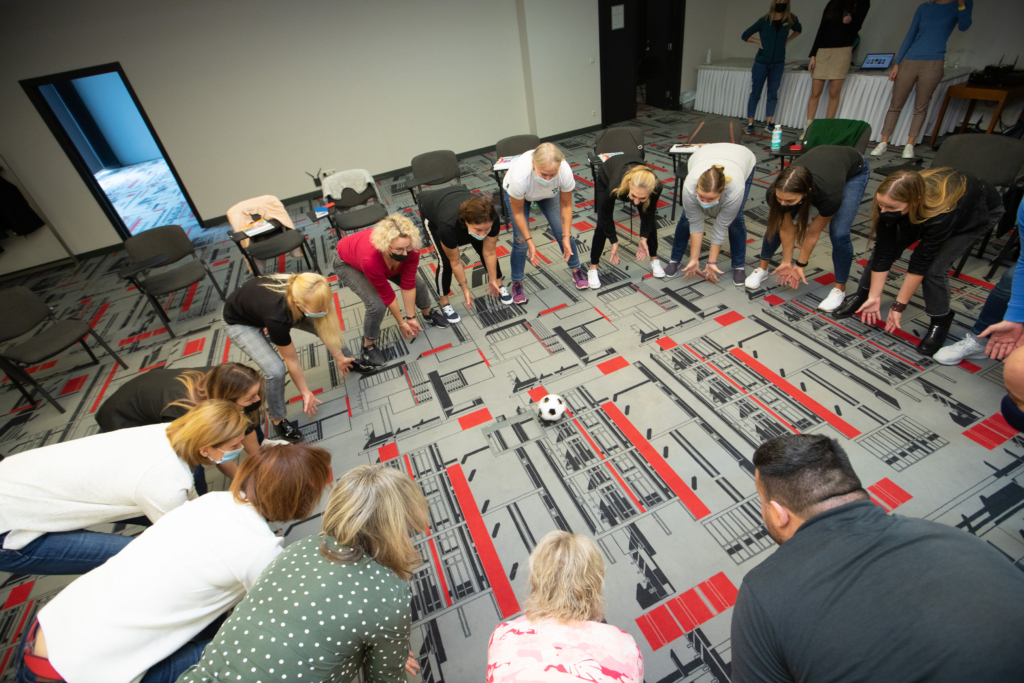 During the training, the educators got acquainted with the program for the development of Olympic values. Its essence is innovative work with children of all ages, based on Olympic philosophy, values, symbols and physical activity.

The training was also attended by a special guest ‒ Xenia Kourgouzova, the Senior Education Manager at the Olympic Foundation for Culture and Heritage, who presented the objectives of the OVEP for the next five years and welcomed the opportunity to get to know the programme implementation and delivery in Lithuania and its most important link ‒ teachers.

“I am particularly pleased to be here today, namely on International Teacher’s Day. The aim of the Olympic values education programme is to show how we can develop young people through the Olympic values – Excellence, Respect and Friendship. We work with many organisations, but the main people who nurture the values in children and young people are you, teachers. You are contributing to the Global Sustainable Development Goals, and therefore you are more important than you can imagine,“ Xenia Kourgouzova said to the educators during her presentation. 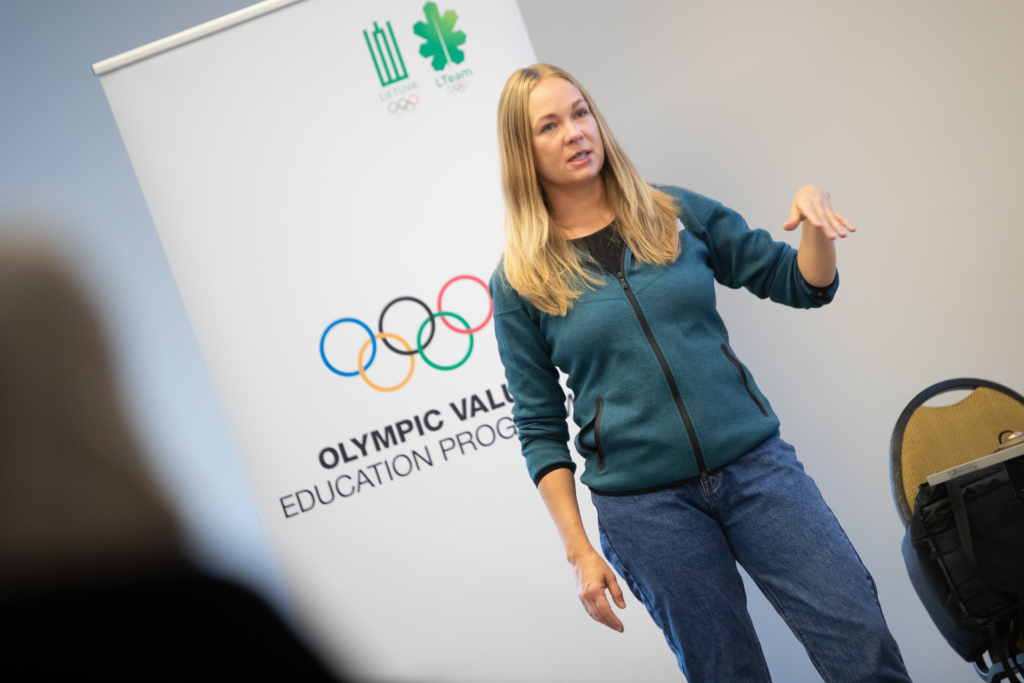 One of the participants of the training was an Olympian, LTeam member, middle distance runner Eglė Balčiūnaitė.

“I was invited to participate in this training after attending the Young Participants’ session at the International Olympic Academy, which left a very good impression on me. Olympism is a philosophy that is very close to my heart, and I want to learn as much as I can about it, and I constantly try to build on it. This training is not only about how we can use Olympic values to educate others, but also about ourselves, I feel I have gained a lot of knowledge and I already have ideas on how I can pass it on to others,” Eglė Balčiūnaitė shared her impressions. 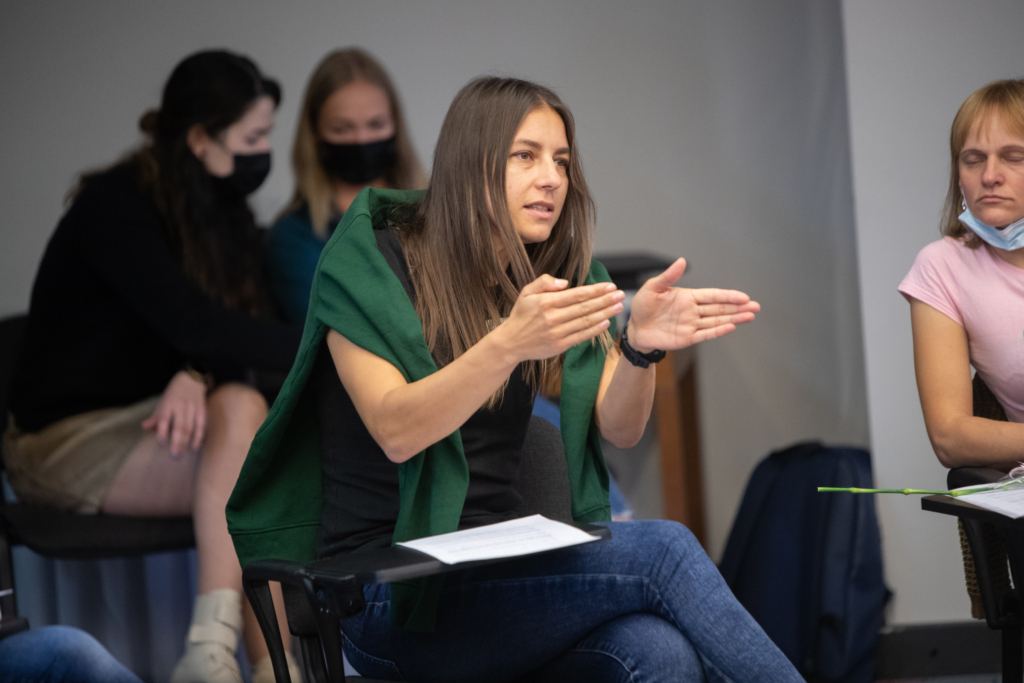 One of the participants of the training was an Olympian, LTeam member, middle distance runner Eglė Balčiūnaitė (E. Kniežauskas photo)

The approved training methodology is based on active participation, experience based learning and extensive reflection methods and techniques. Participants discussed various life and sports situations in groups and considered which values were reflected in them. The teachers who intensively took notes during the training expressed their eagerness to pass on their knowledge not only to their students but also to their colleagues in schools and pre-school educational institutions.

“This is the second time I’ve taken part in an Olympic Education training. The first time I was encouraged to participate by a colleague, I was worried then whether I really needed it, because I am a social worker at school, not a teacher of physical education, and I felt very distant from sport. But the training was very useful, I really liked the values that were being promoted, I realised that Olympism is not just about sport, and as soon as I came back, I immediately incorporated the activities that I had learnt into the educational process. The students’ desire to participate and, in the long run, the change was obvious, and this time I invited a colleague to the training, as I feel that involving as many educators as possible in the programme is very important,” said Kristina Stankevičienė, a social worker from Moletai Secondary School. 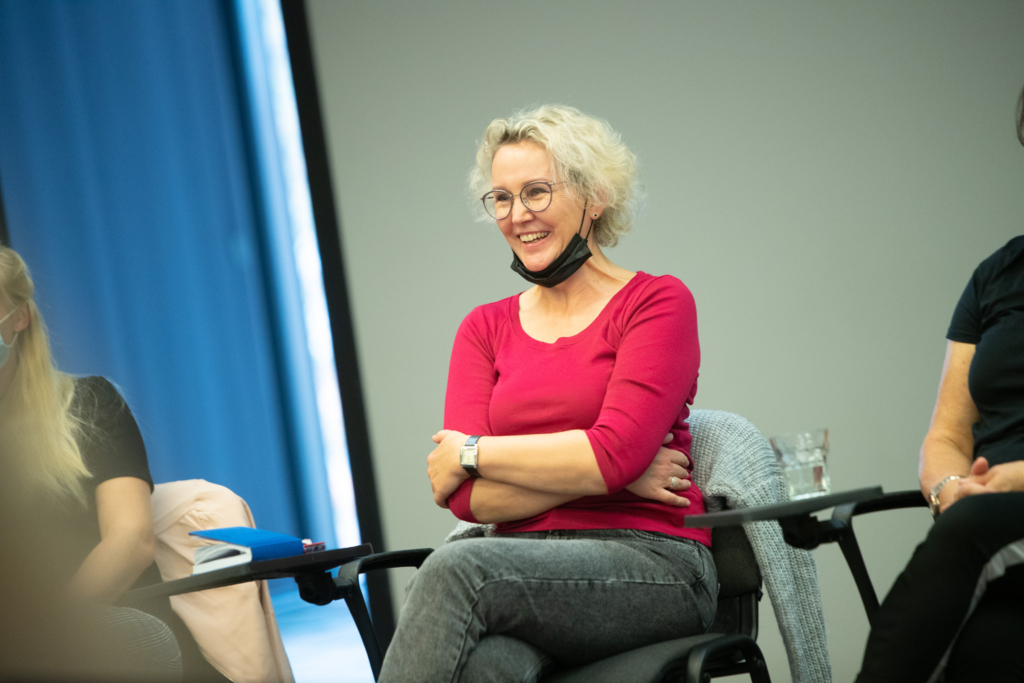 The three-day advanced OVEP training has been organised in Lithuania for four years in a row. The National Olympic Committee of Lithuania (LNOC) was one of the first Olympic Committees in the world to have this programme translated into the national language, to develop a framework for the implementation of the Olympic Values Education Programme in Lithuania and to offer multi-level training for Lithuanian educators. As many as 10 introductory OVEP training sessions will take place throughout Lithuania during the months of  October and November. During the last three years, over 30 training sessions for teachers have been held in ten cities of Lithuania, where over 1200 educators were trained to implement the OVEP.