Introducing the Fifth Season of the Project Dreams & Teams 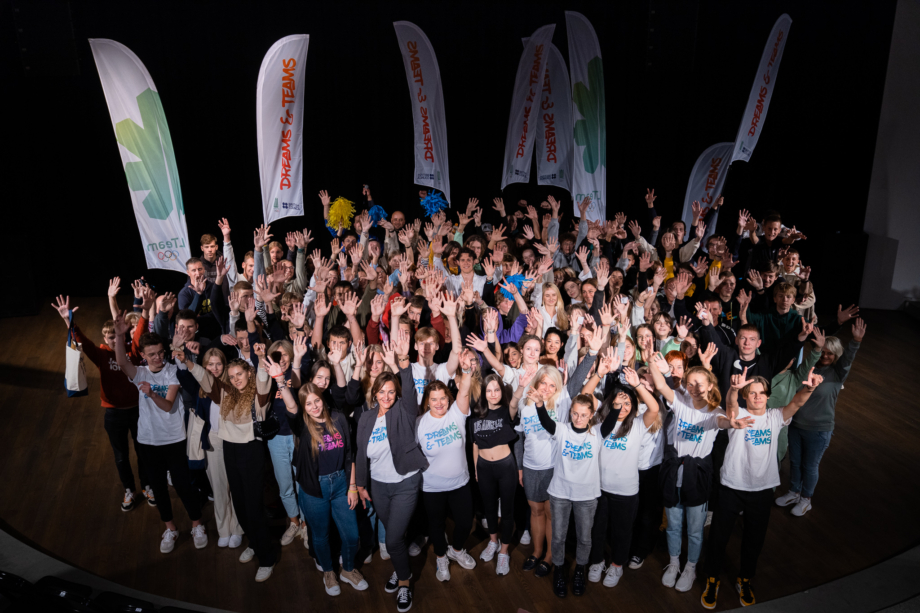 Leadership, organisation, collaboration, teamwork are a few of the many skills that sport helps develop. This is exactly the objective of the project Dreams & Teams ‒ to develop, by means of sport, the competencies of the 21st century.

The project, organised by the British Council in Lithuania and the National Olympic Committee of Lithuania (LNOC), was presented at an event in the amphitheatre of Žalgiris Arena in Kaunas, which assembled the former and future participants of the project ‒ gymnasium students and educators. One of the organisers, Ona Marija Vyšniauskaitė, Head of the British Council, who was absent from the event due to the national mourning in Great Britain, sent a welcoming message to the participants.

“As partners and sponsors of the project, we at the British Council in Lithuania firmly believe that sport is a great way to not only increase physical strength and endurance but also develop such 21st century competences as leadership, critical thinking, cooperation. By learning from each other, supporting each other in failure and celebrating our achievements together, we are able to reach higher and more meaningful goals ‒ this is what we would like to wish all the participants of this project,” said Ona Marija Vyšniauskaitė in her address to the participants.

Immediately afterwards, Kasparas Šileikis, Director of Olympic Education of the National Olympic Committee of Lithuania (LNOC), congratulated over 150 participants and presented the project.

“We are very grateful to the British Council for their trust and support in conducting the project in Lithuania for the fifth season. We are delighted that by bringing Lithuanian, Russian and Polish speaking schools together, we not only break down the social barriers that sometimes arise but also use sport as a tool to enrich young people’s skills. It is especially delightful that this year former participants will join the project ‒ all of you already have something to share and you are the ones who know the value of the project best,” said Mr. Šileikis and, having finished his presentation, invited the participants to listen to the discussion “Leadership in Sport, at School, in the Community”. 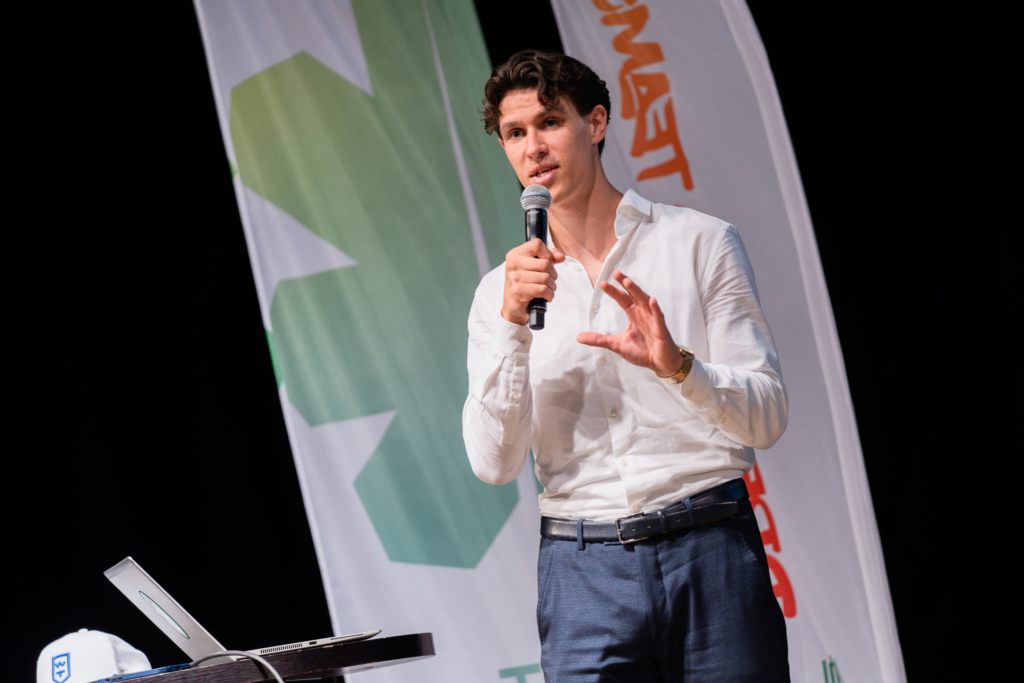 The discussion was attended by the project’s long-term participants educators and the Olympian, swimmer and recent bronze medallist at the European Swimming Championship Andrius Šidlauskas.

The athlete shared that he has never been the leader of their swimming team, but it is not necessarily those who win medals or achieve the best timings who have leadership qualities. In swimming, especially in relay swimming, it is very important to inspire your teammates, which Andrius is particularly good at.

“We are all leaders, of course not everywhere and not always, but each of you has an area where you play this role in one way or another,” said Andrius Šidlauskas. 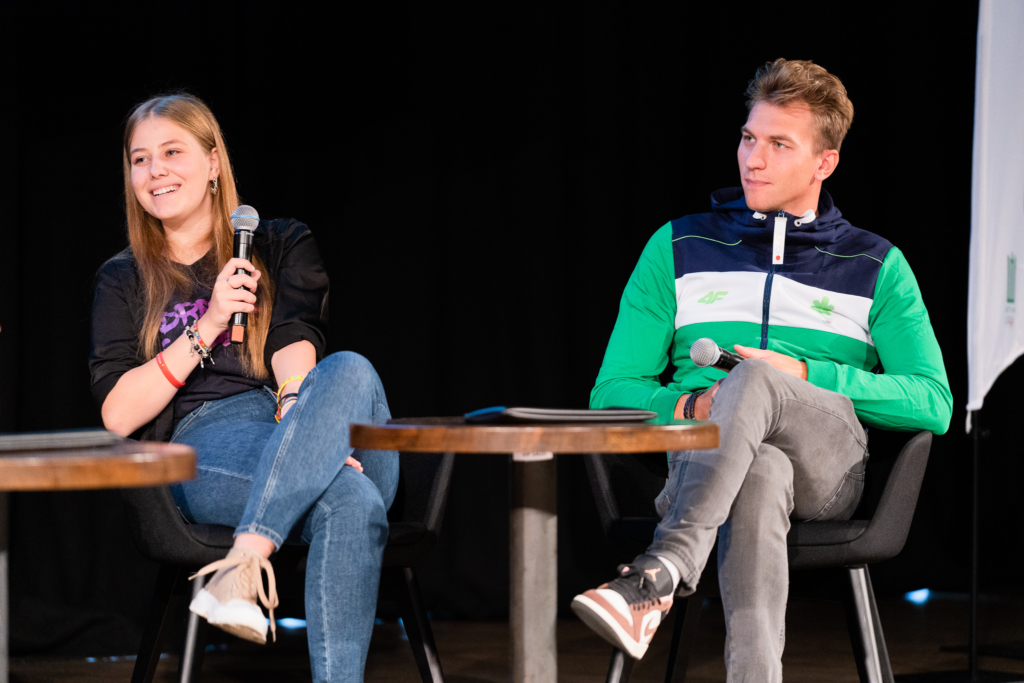 After listening to the discussion, the participants played quiz and participated in practical leadership and cooperation building activities of Dreams & Teams, which were moderated by the students of Klaipėda schools who had already participated in the project. 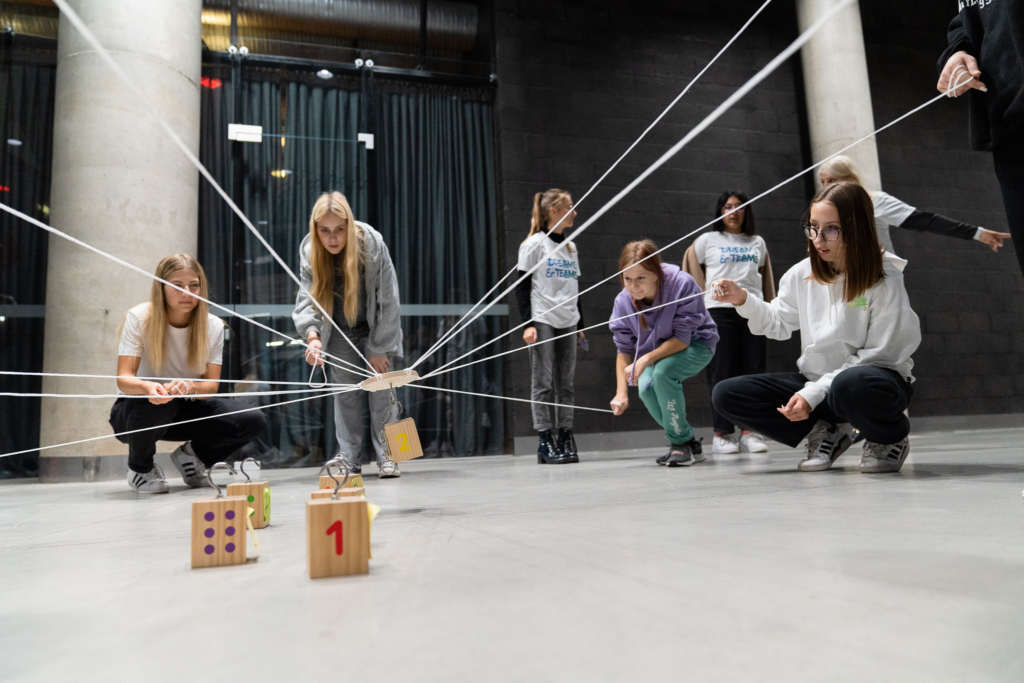 This year the initiative, which has been running in Lithuania since 2017, will be implemented in the municipalities of Šalčininkai and Visaginas.

Dreams & Teams is a unique project designed to develop students’ leadership, organisational, cooperation and teamwork skills through sports activities, and to provide educators with the knowledge and skills to develop leadership and other 21st century competences among students. This year the project will be implemented in the municipalities of Šalčininkai and Visaginas districts.