Her Royal Highness Crown Princess Mary of Denmark, meets with LNOC President Daina Gudzinevičiūtė and visits the participants of the Lithuanian Children Games 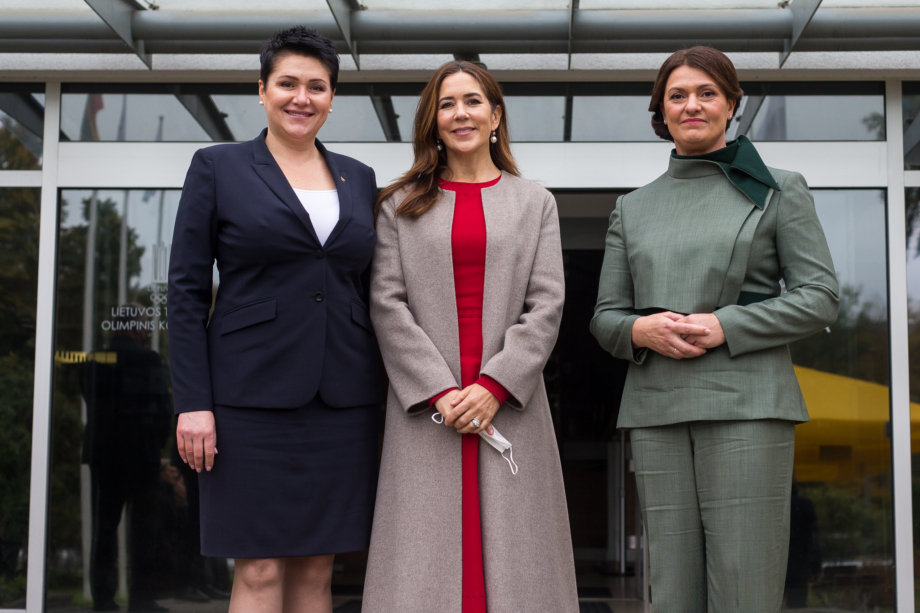 Crown Princess Mary of Denmark, together with First Lady Diana Nausėdienė, visited the Lithuanian National Olympic Committee (LNOC) and met with the participants of the Lithuanian Children Games.

Crown Princess Mary together with the Mary Foundation works  on improving the lives of children, adults and families who are socially isolated or excluded from the society. Physical activity and sport is a powerful tool for inclusion, therefore the First Lady of Lithuania suggested to visit ‘Rūta’, the Vilnius-based kindergarten participating in the Lithuanian Children Games.

The Crown Princess observed a physical education session for a group of children with special needs.

“Her Royal Highness is actively involved sport intiatives and finding solutions for social issues of the society, there was no doubt that we would like to invite her to meet the children participating in the Lithuanian Children Games. I know how much joy physical activity brings to children and how devoted teachers are to their work.

Together with LNOC, we work actively to contribute to the development of physical literacy in Lithuania, so I am happy that we were able to share this good practice with the Crown Princess of Denmark,” said Ms Nausėdienė.

For several years already, she has been the patron of the LNOC’s Olympic education projects such as the Lithuanian Children Games and the Olympic Month initiative for elementary school students.

After the visit to the kindergarten, Crown Princess Mary together with Ms Nausėdienė met with with Daina Gudzinevičiūtė at the National Olympic Committee of Lithuania. During the meeting the need for improvement of physical activity and education through sport was discussed. The projects promoting physical in Lithuania, youth work, and physical literacy programmes implemented by the LNOC were presented.

“Hundreds of thousands of children and thousands of educators are involved in in the LNOC’s Olympic education projects. Our work in this field has been acknowledged by the International Olympic Committee. It is a great honour for us that Her Royal Highness took the time to meet and discuss Olympic education in Lithuania. This is very important for both the NOC and the participants of our projects,” said LNOC President Gudzinevičiūtė.

Her Royal Highness Crown Princess Mary of Denmark is visiting Lithuania to commemorate the centenary of the establishment of diplomatic relations between the Republic of Lithuania and the Kingdom of Denmark and the thirtieth anniversary of their resumption.