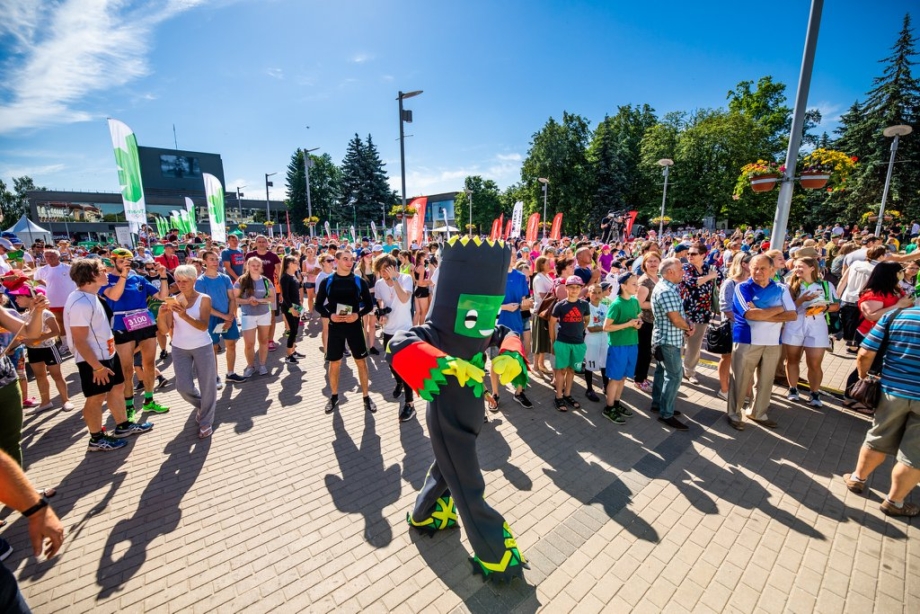 This summer, Neringa will become the center of attraction for sports fans. The National Olympic Committee of Lithuania (LNOC) together with Neringa Municipality will organise the Olympic Festival in Nida during the Tokyo Olympic Games.

During the time when the world’s best athletes will compete in Tokyo from 23 July to 8 August, the events of the Olympic Festival will be held in Nida’s “Arts Zone”.

In view of the epidemiological situation in the country and the effective security requirements, Neringa residents and guests will be invited not only to support Lithuanian Olympians but also to engage in Olympic sports themselves.

“Although fans from abroad will not be admitted to the Olympics, I have no doubt that their support from Nida will reach out and inspire our Olympians in Tokyo. Nida is an exceptional place not only in terms of its amazing nature, but also by its special atmosphere. The representatives of the International Olympic Committee were impressed to learn about the place where we are planning to hold the festival.

We follow the news related to the epidemiological situation every day and will do everything to ensure that the participants of the festival can safely enjoy sports events and together support the athletes,“ said Olympic champion, LNOC President Daina Gudzinevičiūtė.

It is planned that festival attendees will be able to watch the Olympic Games on the big screen, to participate in live telebridges with the Lithuanian delegation in Tokyo, to listen to the performances of famous artists, to meet athletes and test themselves at sports tournaments.

“It is deligthful that the Olympic Games, and consequently the Olympic Festival, will take place in 2021, i.e. the year when Neringa is the Lithuanian Capital of Culture; the festival will expand the programme of cultural events with the activities relevant to sports fans. I believe that the successful cooperation with the National Olympic Committee of Lithuania will in the future allow us to offer our residents and guests exclusive projects that promote community, sports activity or will simply encourage to spend leisure time meaningfully,“ said Neringa Mayor Darius Jasaitis.

This year, ten European countries are planning to host Olympic festivals organised by the National Olympic Committees during the Olympic Games.

Last week, LNOC representatives attended a meeting with the National Olympic Committees of the Czech Republic, France, Germany, Slovakia, the Netherlands, Sweden, Romania and Slovenia, during which each country presented its plans and vision for the festival.