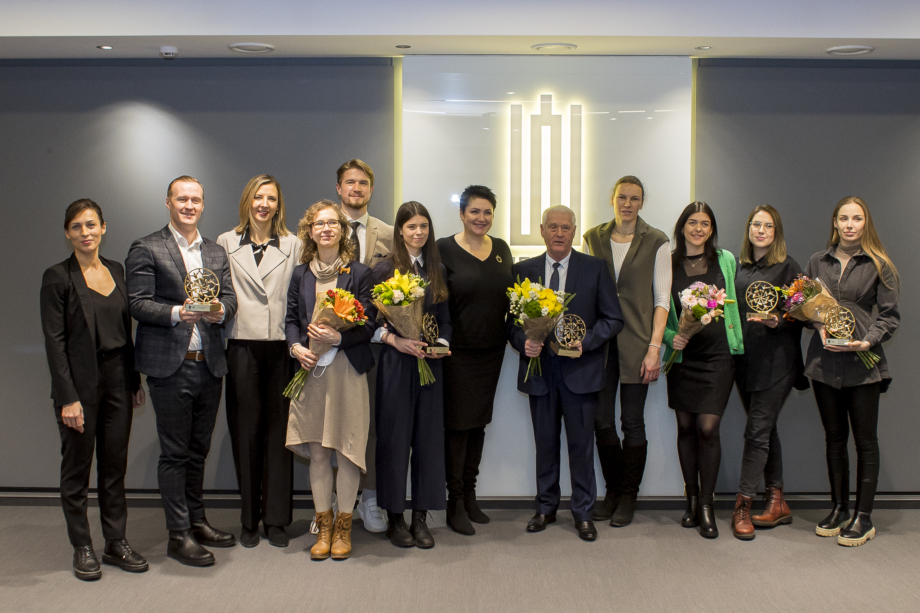 “It is widely believed, that sport develops physical competences, as well as honesty, respect, friendship and empathy. That is why fair play in sport is as inspiring as a medal. Lending a helping hand to a competitor, working with young people, volunteering and promoting the Olympic values of respect, friendship and excellence set a strong example to society. It is a great honour for us to award the individuals whose noble conduct in sport and in life has become a victory that has inspired thousands,” said Olympic champion Daina Gudzinevičiūtė.

The nominations were open to both amateur and professional athletes, organisations and people involved in sport who demonstrated noble conduct on or outside the playground, as well as to organisations promoting fair play, Olympic values, noble conduct in sport competitions or in the life of communities, or companies supporting a wide range of sports representatives, teams and movements.

“It is delightful that year after year we see many examples of fair play in Lithuania and have the possibility to honour them and show them to the public. This is not only an award but also a reminder to everyone that first of all we all are human beings. Therefore, being able to lend a hand to a stumbling competitor during a competition, or achieving a meaningful goal without counting the working hours is something that each of us should strive for,” said the President of the Lithuanian Fair Play Committee Austra Skujytė.

Rimantas Kaukėnas’ Foundation received the award of “Fair Play Organisation” for its noble goal and its countless hours dedicated to children with oncological diseases.

The aim of the Foundation, which has been operating throughout Lithuania since 2012 and giving hope, strength and joy to children with oncological diseases, is to ease the burden of children with life-threatening diseases and their families. They aim to help them survive the trauma of a serious diagnosis, the long way to recovery and to fill children’s lives with light. The organisation provides children with necessary medical equipment, non-reimbursable medicines and other family necessities and helps to undergo important treatment, rehabilitation processes and surgeries abroad and in Lithuania.

The Foundation fulfils the dreams of sick children, visits them in hospitals and at home. It organises various events and attractions and arranges meetings with famous athletes, singers, actors and other well-known people.

“Generous behaviour means a lot to our Foundation. It is about reaching out to those who need our help now and to those who are facing life’s toughest challenges. What applies to sport, the same is true about our Foundation’s community ‒ life is about fighting and trying to overcome, in this case, particularly serious illnesses. We believe that by coming together and doing meaningful work we can help those who are currently lacking strength, health and positivity. It is good to know that our activities are seen and appreciated not only by the families affected by oncology and the children to whom we create beautiful and joyful moments, but also by the sports community,” said Laimonas Šiaulys, Director of the Foundation.

The act of basketball player and physiotherapist Gintarė Katkutė during the Women’s League B Division play-offs was recognised as the “Fair Play Act of the Young Athlete”. During the match, Gintarė rushed to help the leader of the competitor team who badly injured her head. This action meant that Katkutė dropped out of the match.

“To be honest, in such a case, you don’t even, whether we are winning or not. If I notice that there is a situation where my help is needed, where I can help, the question of victory becomes irrelevant. I call that “instinct”. I really didn’t expect to ever be rewarded for that. I think it should be natural, we should all cherish this human value of helping others first. Therefore, I was pleasantly surprised to receive this award,” said Ms Katkutė. 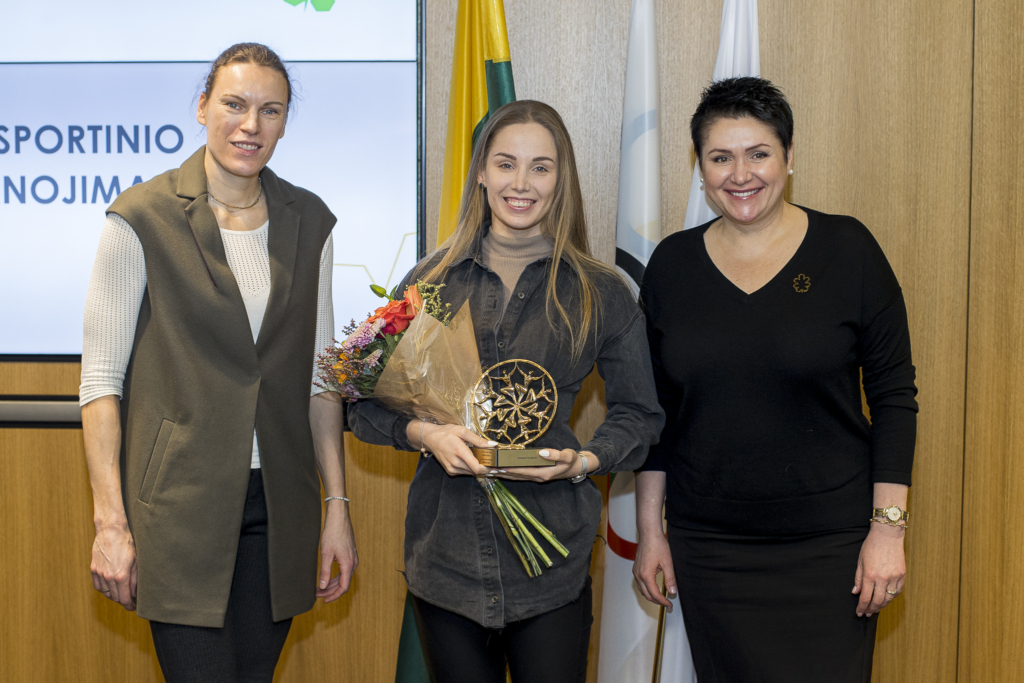 The programme of Kazickas Family Foundation Youth Can (Jaunimas Gali) was awarded in the “Fair Play Project” category.

The programme Youth Can was modelled on the basis of the Hoops4hope initiative being implemented in Zimbabwe. During weekly free sessions conducted throughout the school year, the programme develops personal and social skills through sport, discussions and educational activities and healthy living opportunities for young people in the regions of Lithuania, ensuring a safe and positive environment.

“The Kazickas Family Foundation focuses on education, social projects for marginalised youth. The Youth Can programme is designed and implemented to contribute to the development of the personalities of young people coming into maturity living in the regions and, now in its seventh year, is based on a strong personal touch and a close relationship. We believe that these values have made them winners. This award is the result of a lot of hard work and dedication of programme coaches and coordinators in the face of the pandemic,” said Arminas Vareika, representative of the Kazickas Family Foundation. 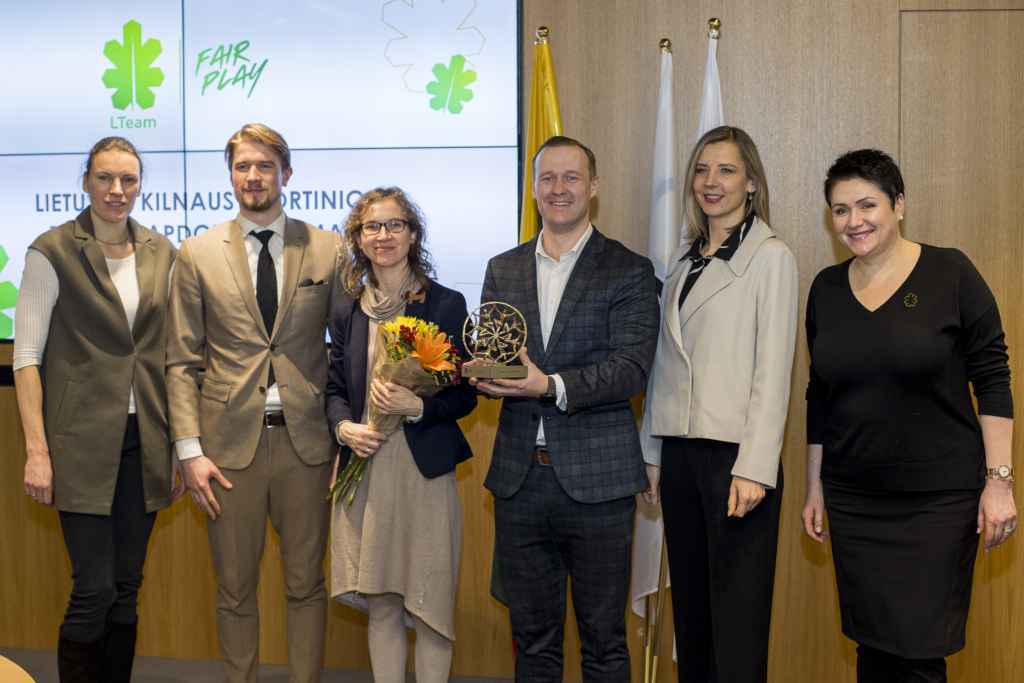 Jovilė Rackevičiūtė was selected and awarded as a Young Athlete – Role Model for Peers. For three years, the 18-year-old athlete has been volunteering and dedicating her free time to children with special needs with the aim of introducing them to athletics.

At the Lithuanian Tricycle Sport Association’s summer camp, Jovilė took care of the children’s sports and creative activities: she conducted morning exercises, taught children safe behaviour at the lake, involved them in educational games, and assisted and helped people in wheelchairs during sports events.

“I have been dreaming of becoming a coach since I was a 5 years old, therefore when I was offered the opportunity to volunteer, I did not hesitate at all. I didn’t expect that volunteering would bring me so much joy ‒ it’s so rewarding to help the children with special needs and see their smiles and see them improve. I feel a great sense of purpose in what I do and I think we should all help each other in any way we can,” said J. Rackeviciute.

Zenonas Misiūnas, President of the Lithuanian Special Olympics Committee, professional skier and coach, was awarded and honoured for his lifetime achievements. For 17 years he was the head of the Utena Special School-Multifunctional Centre, and now he has been coaching children and young people with intellectual disabilities for more than 30 years. During workouts, competitions and tournaments in foreign countries, he has not only got to know children with disabilities closely, but has also learned that sport is the best way to integrate people with disabilities into society. He is the man who brings together the community of people with special needs through sport.

“I should say that children with intellectual disabilities found me. I used to train skiers in Utena at the former special school. After a while, the Headmaster of the school approached me with an offer to run training sessions, and there were always children around me asking to be accepted to training sessions. When I got the offer, I thought: if I don’t do it, who will? And even though there were difficulties, we did very well, and after a year the kids were already competing in the Lithuanian youth championships and started winning. My whole family is involved in this activity, I got everyone involved. The award is a recognition not only for me but also for all the Special Olympics athletes,” ‒ said Zenonas Misiūnas. 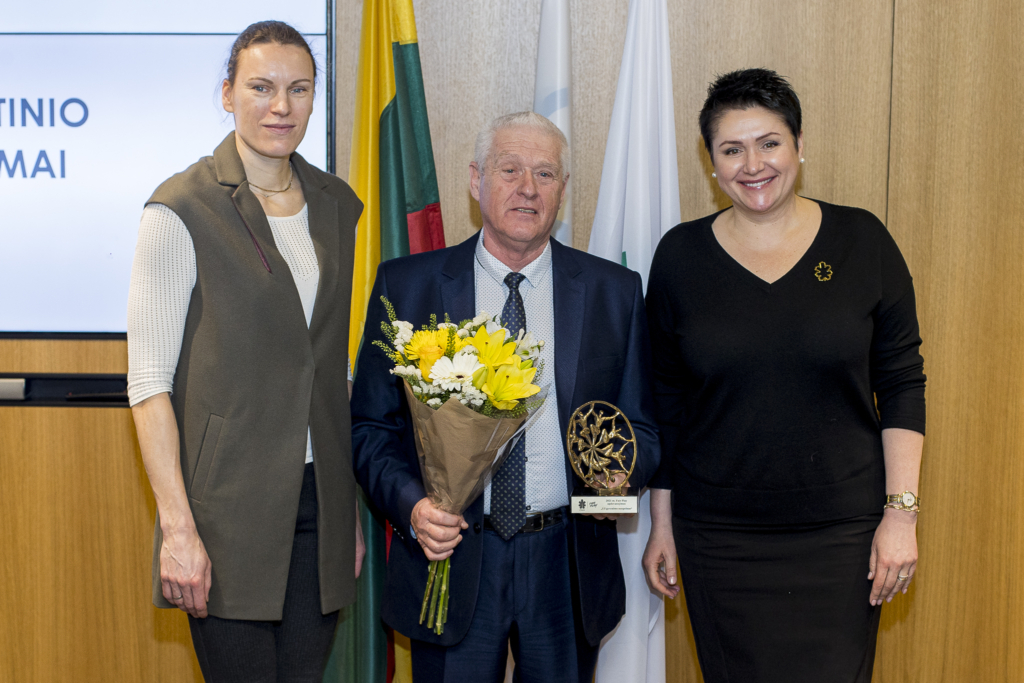 The “Fair Play Award of the Year” was given to Hilla Reuveny, physiotherapist and physical conditioning coach of the Israeli national youth swimming team who assisted the Lithuanian swimmer Aleksas Savickas during the European Youth Championships. Coach Žilvinas Ovsiukas says that during the Championships, Aleksas was preparing for the final of the 200m breaststroke event. After two swims, he needed help of a physiotherapist. The Lithuanian team did not have its own physiotherapist, therefore Žilvinas approached a representative of the Israeli team, who was working nearby, and asked for help and offered to pay. But Hilla refused to take the money and agreed to help the Lithuanians. After Reuveny’s massage, Alex managed to beat by 0.02 seconds and won the gold medal.

“The European Youth Championships are very demanding both physically and psychologically, especially when they take place in the summer when it is very hot. When I saw that my help was needed, I didn’t hesitate to help the other country’s team, and whenever I can I do it all the time. After all, we are all creating the world of sport and I think that helps us progress and move forward. I feel amazing having received the award, I was very surprised and I believe that such acts can inspire other professionals and that is what makes the world of sport special,” said Reuveny after receiving the award.

The Lithuanian Fair Play Committee was established almost 29 years ago, on 25 March 1993. The objective of the Fair Play Movement is to protect and promote respect for fair play and its values not only in major sport or the programmes of sport-for-all but also in everyday life.