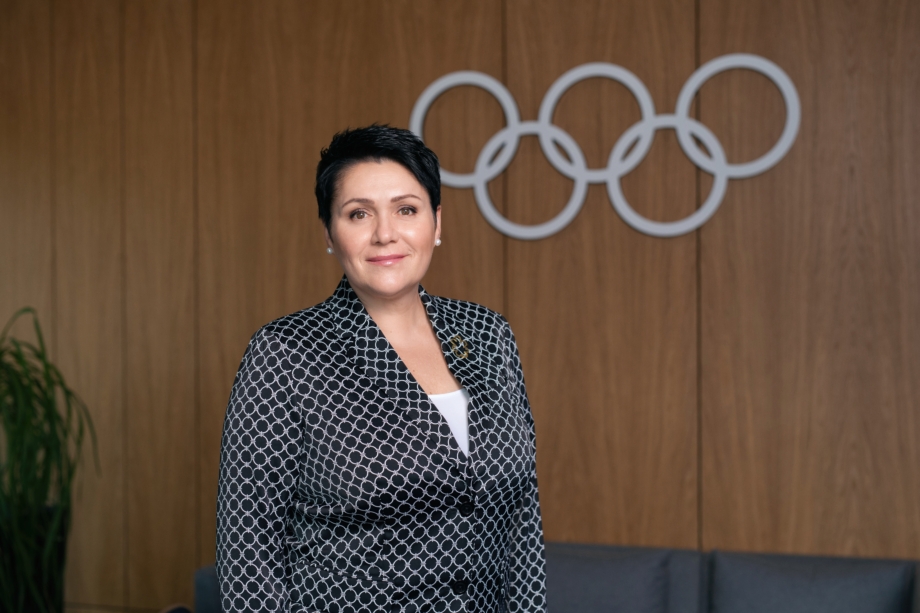 The Lithuanian woman who became Vice-President of the EOC organisation, elected as such at the EOC General Assembly and Electoral Session in the Greek capital Athens, is not only the first representative of the Baltic States but also the first female to be elected to this position.

“The trust demonstrated by the Heads of other European National Olympic Committees is a great appreciation not only for me but also for Lithuania. We have seen once again that we are important players in the international arena of sport politics.

I am greatly honored to be the first woman occupying this position. Together with the team, we are prepared to work for the benefit of the Olympic movement and European athletes,” said Daina Gudzinevičiūtė.

Spyros Capralos from Greece was elected EOC President. He won against the incumbent President Dan Niels Nygaard by the majority of votes.

Both candidates for President’s office chose Daina Gudzinevičiūtė as part of their team, therefore she was the only candidate for the position of Vice-President.

In 2013, LNOC President, who became member of the EOC Executive Committee for the first time, became actively involved in the organisation’s activities. She chaired the EOC Commission for Gender Equality in Sport for four years and has been its member until now. D. Gudzinevičiūtė was also a member of the Coordination Commission for the 2019 Minsk European Games.

The EOC election, which took place in in Athens, was exceptional. At a remote session of the General Assembly, which took place in November, unanimous support was expressed for an amendment to EOC Articles of Association providing for the possibility to hold elections earlier than the term of office expires if, for some reason, President should cease to hold office. Mr. Nygaard became acting President a year ago after the death of Mr. Janez Kocijančič.

At the General Assembly, which took place in November, based on the recommendations of the International Olympic Committee (IOC) and in pursuit of gender equality in sport, a decision was made to include in the EOC’s Articles of Association the provision that out of 16 members of the Executive Committee at least 5 positions should be held by women.

D.Gudzinevičiūtė is also a member of the IOC. To date, LNOC President is the only representative of the Baltic States that has been elected to the IOC.