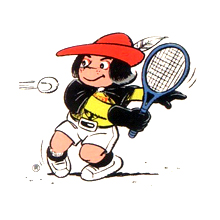 The idea for the competition came from Jacques Rogge, the President of the  European Olympic Committees at the time, while he was visiting the Netherlands on the occasion of the country’s national Olympic committee’s 75th anniversary. After hearing about a joint competition of several countries he became eager to unite the whole continent with a similar idea.

According to Rogge, Europe needed an integrated sports event for youth aspiring to reach for Olympic victories.

“National Olympic committees of all the countries supported this idea very actively. I really wanted to include the word “Olympic” into the title of this event, therefore I asked the then President of the IOC Juan Antonio Samaranch for a permission to do this. He said that he would not allow to call the event “European Olympic Games”, but gave a permission to use the word “Olympic”. Therefore, at first, instead of “games” the word “days” was used“, Rogge once said to journalists.

In 1990 EOC received the approval of Europe’s national Olympic committees on organizing the European youth (aged 13-18) summer and winter Olympic Days and to include 8-9 sports events into their programme. Since 2001 the Olympic Days were renamed as the Olympic Festival.

The event is valued most for giving young athletes an opportunity to represent their countries for the first time in integrated competitions and to experience the Olympic spirit. Often participant of this festival become representatives of their countries in the Olympic Games.