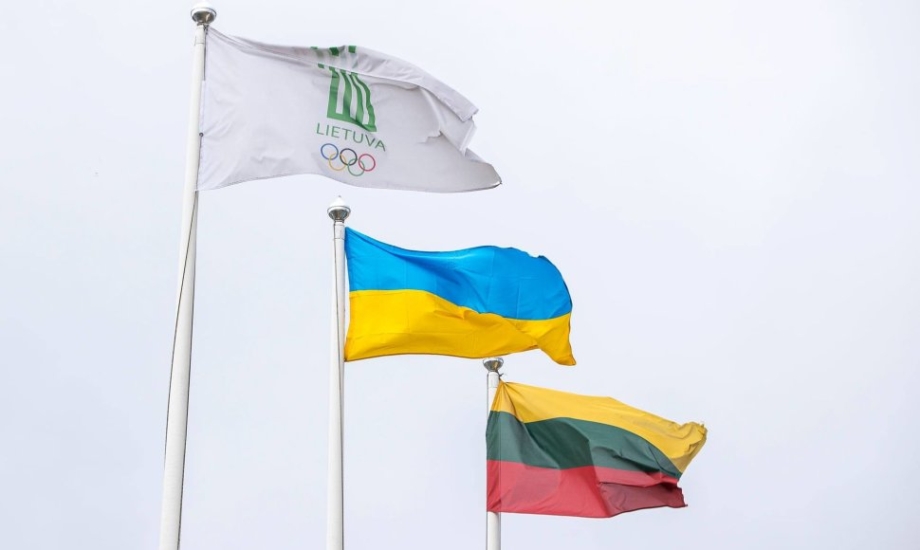 The Lithuanian, Latvian and Estonian Olympic and Paralympic Committees and unions of sports federations have joined the Nordic countries in calling for the continued exclusion of Russian and Belarusian athletes from international competitions.

“We support the statement of our colleagues from the Nordic countries  calling for the continued exclusion of Russian and Belarusian athletes and officials from international sports competitions.

Ukrainian athletes fight against Russian aggression, often at the risk of their lives. This struggle prevents them from training and competing normally.

We believe that it is unacceptable to allow athletes and officials from the aggressor country to return to the international sports arena, while Ukrainians do not have this opportunity. To do otherwise would be tantamount to ignoring the basic principles of fair play in sport,” the statement reads. 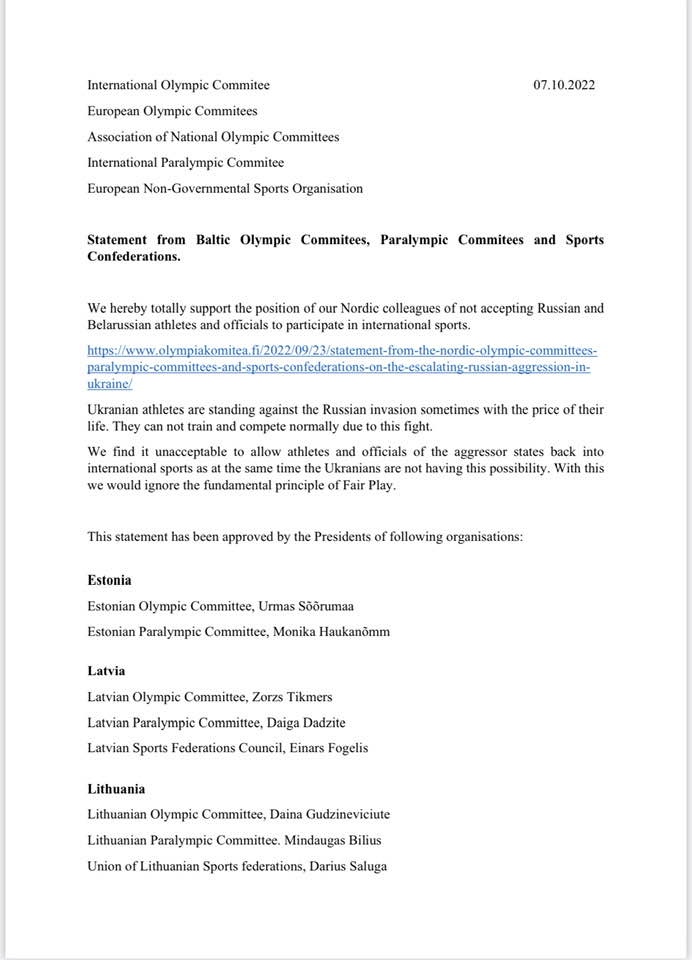