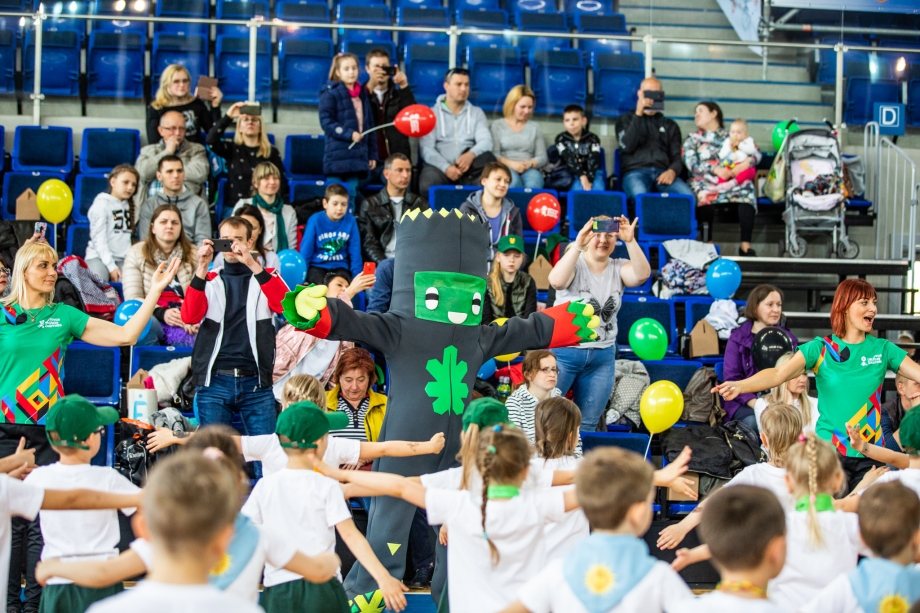 Olympic Month is a unique project in its third season meant for primary school students and aimed at promoting children’s physical activity, introducing them to the principles of a healthy lifestyle, helping them learn to recognize their emotions and have quality rest.

The organizers of the project created unconventional engaging tasks which primary school students performed together with their teachers in the classroom and at home with their family members. Moreover, the teachers were given all methodical materials related to the different subjects of the project.

“Having read the feedback after the project, we were most delighted with the change we saw.” The teachers praised the activities and were pleased to notice that the initiative resulted in healthier snacks in the children’s lunch boxes. The parents of primary school children got actively involved in the project as well, and on the weekends, the fun tasks would be performed by all family members.

This year, the project attracted 1374 primary school classes from 58 municipalities. This is as much as 62% more than last season. In total, 26,267 children from 447 educational institutions were engaged in project activities, which is twice as many compared to last year.

The participants of the project were congratulated by the First Lady Diana Nausėdienė. She has chosen by lot 50 classes which will receive sports inventory.

“I am delighted that we are a growing Olympic community, which is getting stronger and is able to attract the young generation to join us. Everyone who were interested in healthy nutrition, physical activity, emotional health and quality rest are the winners in this project. I congratulate all participants, and my special thanks to the teachers,” said Mrs. Nausėdienė.

The project Olympic Month consisted of four subject areas: physical activity, healthy nutrition, child well-being and quality rest. One week was allocated per each subject area; they were introduced by the Olympians in special Olympic Month shows.

Race walker Brigita Virbalytė talked about physical activity, runner Eglė Balčiūnaitė shared a recipe of her favorite healthy snack, canoeing athlete Andrei Olijnik played the guitar to express his emotions, while rowers Milda Valčiukaitė and Saulius Ritter talked about what quality rest is like for them.