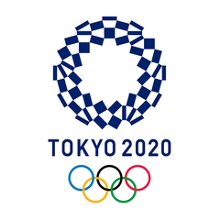 By the end of 2019, 21 Lithuanian athletes had qualified for the Tokyo 2020 Summer Olympics for the sailing, road cycling, gymnastics, rowing, track and field athletics, swimming, and modern pentathlon events. In February 2020, they were joined by track cyclists Simona Krupeckaitė and Miglė Marozaitė.

The list approved in November consists of 144 candidates for the Tokyo 2020 Summer Olympics.

Lithuanian athletes that had qualified for the Tokyo 2020 Summer Olympics:

Tokyo was selected as the host city of the 2020 Summer Olympics during the 125th IOC Session in Buenos Aires on 7 September 2013. Tokyo won over two other candidates for hosting the Games – Istanbul (Turkey) and Madrid (Spain).

Tokyo will become the first city in Asia to host the summer Games twice (the first time was in 1964).

These games are to become the most gender equal Olympic Games yet with a predicted 48.2% participation by women.

The Olympic mascot is called Miraitowa. The name is derived from the Japanese words mirai (future) and towa (eternity). This name was chosen in order to promote a future full of eternal hope in the hearts of people all over the world.

Due to annual midsummer heat in Tokyo, the marathon and racewalking events were relocated to Sapporo.

Winners of the Tokyo Olympic and Paralympic Games will receive medals made from precious metals that were extracted from old electronic devices – mobile phones, digital cameras, handheld games, laptops, etc., donated by the Japanese citizens.

On March 24, an urgent telephone call was held between the International Olympic Committee (IOC) Executive Board, the Japanese government, and the Tokyo 2020 Summer Olympics Organizing Committee. As a result, a final decision was made: The XXXII Summer Olympics, that were to take place in Tokyo on July 24 – August 9, 2020, are postponed until 2021.

This was the first time in history that the date of the Games was changed. Before that, the Summer Olympics had been canceled in 1916, 1940, and 1944 due to ongoing world wars.

“IOC President Thomas Bach and Japan’s Prime Minister Shinzo Abe expressed their shared concern about the worldwide COVID-19 pandemic, and what it is doing to people’s lives and the significant impact it is having on global athletes’ preparations for the Games.

In the present circumstances and based on the information provided by the WHO today, both leaders have concluded that the Games of the XXXII Olympiad in Tokyo must be rescheduled to a date beyond 2020 but not later than summer 2021”, states the official announcement of the IOC and the Organizing Committee of the Games.

“This development is important both to those who have qualified for the Tokyo 2020 Summer Olympics, and to those who during the quarantine had been waiting for any new information on qualification competitions. As could be expected, the IOC, the Organizing Committee of the Tokyo 2020 Summer Olympics, and the Japanese government made the most logical and fair decision, meeting the needs of all the stakeholders. It is to expected that in a year the world will be different than it is today and the Olympic Games will be held with the audience present and with all the best athletes participating,” said the President of the Lithuanian National Olympic Committee Daina Gudzinevičiūtė.

Athletes who have qualified for the Tokyo 2020 Olympic Games: