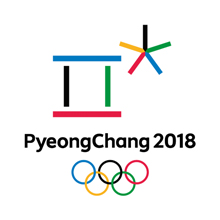 This was the second time that South Korea had hosted the Olympic Games, having previously hosted the 1988 Summer Olympics in Seoul. A total of 2922 athletes from 92 countries participated in PyeongChang Winter Olympics and competed in 102 events.

In PyeongChang Lithuania was represented by 9 athletes: 4 biathletes, 2 skiers, and 2 Alpine skiers.

Tomas Kaukėnas was the most successful among his teammates and proved that he truly belonged with the Olympic elite. In 10 km sprint race he was the 17th, and in 12.5 km pursuit race he placed 13th, thus achieving the so far best result in Lithuania’s biathlon history.

Ecuador, Eritrea, Kosovo, Malaysia, Nigeria, and Singapore all made their debuts in Winter Olympics.

After exposing a state-sponsored doping program after the 2014 Winter Olympics, the Russian Olympic Committee was suspended, therefore its athletes did not participate in PyeongChang. Russian athletes were allowed to compete neutrally under the special designation of “Olympic Athletes from Russia”.

Despite tense relations of North Korea and South Korea, the two nations paraded together at the opening ceremony, and a unified team of both countries (COR) competed in the women’s ice hockey.