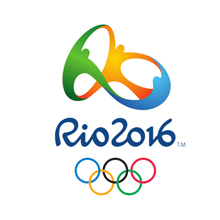 These were the first Olympic Games ever to be held in South America. Kosovo, South Sudan, and the Refugee Olympic Team all made their debuts. 11,238 athletes from 207 national teams participated in Rio 2018 Summer Olympics and competed in 306 events.

For the first time ever the Lithuanian delegation had a tennis player among its ranks – Ričardas Berankis.

In Rio de Janeiro, rugby sevens were added to the Olympic program, and following a 112-year break a golf events also took place.

American swimmer Michael Phelps became the most decorated Olympian in the history and ended his athletic career with a total of 28 medals – 23 gold, 3 silver, and 2 bronze.

The Olympic football tournament took place not only in Rio de Janeiro, but also in  São Paulo, Belo Horizonte, Salvador, Brasília, and Manaus.