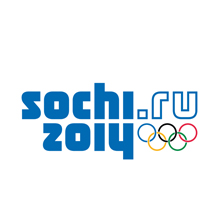 A total of 2780 athletes from 88 countries participated in Sochi Winter Olympics. They competed in 98 events.

Biathlete Tomas Kaukėnas kept up with the leaders in the 20 km race, however, following three missed shots in the last stage he placed 23rd.

A street circuit constructed in and around Sochi Olympic Park was used to host the Formula One Russian Grand Prix in 2014.