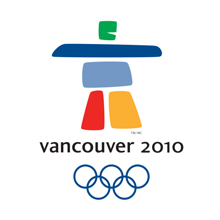 A total of 2566 athletes from 82 countries participated in Vancouver Winter Olympics. They competed in 86 events.

6 Lithuanian athletes participated in Vancouver Winter Olympics: 4 skiers, 1 biathlete and 1 Alpine skier. For the first time since 1992, the Lithuanian delegation did not include figure skaters.

Skiers Mantas Strolia and Modestas Vaičiulis were the most successful among Lithuanians – they placed 18th in the team sprint event.

During the Opening ceremony the Lithuanian national flag was carried by skier Irina Terentjeva.

A new freestyle skiing event of ski cross was added to the Olympic programme.