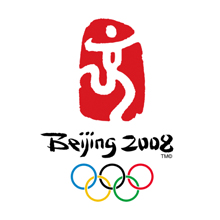 In November 2016, 8 years after the Beijing 2008 Summer Olympics, it was announced that Khasan Baroyev who had competed the men’s 96-120 kg Greco-Roman wrestling event, in which he ranked 2nd and for which he was awarded the silver medal, has been disqualified. His sample tested positive for the prohibited substance turinabol, therefore he was stripped of his silver medal. The medal went to M. Mizgaitis, whose bronze medal was given to Yannick Szczepaniak of France.

The Olympic silver medal was awarded to M. Mizgaitis by the IOC President Thomas Bach during a during a solemn ceremony at the Palace of the Grand Dukes on October 9, 2017.

For the 5th time in a row the Lithuanian men’s basketball team reached the small final of the Olympic Games. Alas, just like in Athens, the team did not win any medals as in the fight for bronze they were beaten by Argentina with the score of 75:87. Out national basketball team consisted of Rimantas Kaukėnas, Mindaugas Lukauskis, Jonas Mačiulis, Darjušas Lavrinovičius, Ramūnas Šiškauskas, Marius Prekevičius, Simas Jasaitis, Linas Kleiza, Kšyštofas Lavrinovičius, Šarūnas Jasikevičius, Marijonas Petravičius, and Robertas Javtokas and was coached by Ramūnas Būtautas.

During the Opening ceremony the Lithuanian national flag was carried by basketball player Šarūnas Jasikevičius.

Tajikistan, Afghanistan, Mauritius, Sudan and Togo won their first Olympic medals. The Marshall Islands, Montenegro and Tuvalu participated in the Olympic Games for their first time.

The Olympic Games programme was expanded by nine new events, including men’s and women’s BMX events. Also, women competed in the 3000 meter steeplechase for the first time, and open water swimming events for men and women over the distance of 10 kilometers were added. Table tennis doubles events were replaced by team events (men and women). Fencing competitions programme was also altered.