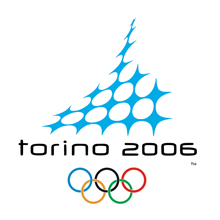 A total of 2508 athletes from 80 countries participated in Turin Winter Olympics. They competed in 84 events.

Margarita Drobiazko and Povilas Vanagas who had participated in their 5th Olympic Games achieved the best result among the Lithuanian athletes by placing 7th in the ice dance event.

Biathlete Diana Rasimovičiūtė placed 18th. At the time this was the best result of the independent Lithuania’s biathletes in the Olympic Games.

With a population of more than 900,000, Turin became the largest city ever to host the Olympic Winter Games.

For the first time, live video coverage of the Games was available on mobile phones.