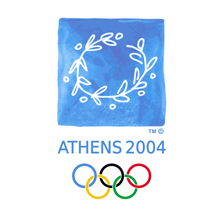 Virgilijus Alekna defended the title of Olympic champion, even though he placed second during the event, while Hungarian Robert Fazekas was supposed to receive his gold medal during the awards ceremony the following day. However, the Hungarian violated the requirements of doping control by refusing to submit a sample for doping test and was therefore disqualified. The gold medal was awarded to the Lithuanian athlete and his result of 69 m 89 cm has since remained the Olympic record.

Edvinas Krungolcas who was second last in the modern pentathlon competition was honored in Lithuania for his actions. In the decisive running event he started 12th and had almost no hope to win a medal, therefore he decided to sacrifice his personal result, waited for A. Zadneprovskis who had a better position, and ran in front of him, thus assisting him in finishing the race.

Having consecutively won three bronze medals, this time the Lithuanian basketball team did not manage to appear on the victory podium, even though Lithuanian players did win stage I competition against the USA team and its NBA stars with the result of 94:90.  The Lithuanian team and their coach Antanas Sireika faced their biggest failure in the semifinals where they lost to Italy with the score of 91:100. In the fight for bronze the Lithuanian team met the Americans once again, but this time lost (104:96).

The shot put events were held in Olympia, while the archery competitions were staged in the same Panathenaic Stadium that was used for the 1896 Olympics.  This stadium was also the finish point of the marathon race which followed the same route as the 1896 race, beginning in Marathon.

Kiribati and Timor Leste teams participated in the Olympic Games for the first time.

Women’s wrestling and women’s sabre made their debut in the Olympic programme.