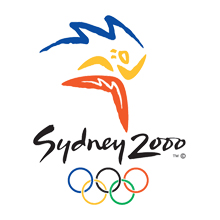 A total of 10 651 athletes from 199 countries participated in Sydney 2000 Summer Olympics. The athletes competed in 300 events.

Following a dramatic fight in the semifinals, the Lithuanian basketball team was defeated by the USA’s team made up of NBA stars with the score of 83:85. The Lithuanian team won bronze by winning the match with Australia (89:71).

During the Opening ceremony the Lithuanian flag was carried by the Olympic champion Romas Ubartas.

During the Opening ceremony, South Korea and North Korea marched together under the same flag.

Eritrea, Federated States of Micronesia and Palau made their Olympic debut. Four athletes from East Timor competed as Individual Olympic Athletes under the Olympic flag.

Triathlon and taekwondo were added to the Olympic programme.

How the Lithuanian basketball team surprised the US “Dream Team”: