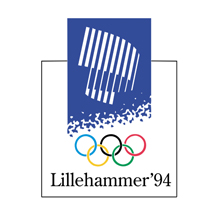 A total of 1737 athletes from 67 countries participated in Lillehammer Winter Olympics and competed in 61 events.

Lillehammer Winter Olympics were the first to be held in a different year from the Summer Olympics.

Since due to the adjusted schedule these Winter Olympics were staged only two years after the Albertville Games, Lithuania sent the same delegation of winter sports athletes as last time: skiers Vida Vencienė and Ričardas Panavas, biathletes Kazimiera Strolienė and Gintaras Jasinskas, and ice dance pair Margarita Drobiazko and Povilas Vanagas.

Lillehammer is the northernmost city to ever host the Olympic Games.

Although the Games took place during the Bosnian War, the Bosnia and Herzegovina four-man bob team was the best possible example of the Olympic spirit – it consisted of one Croatian, two Bosnians and a Serbian.

As many as nine former Soviet republics of Armenia, Belarus, Georgia, Kazakhstan, Kyrgyzstan, Moldova, Russia, Ukraine and Uzbekistan participated as independent nations.  The break-up of Czechoslovakia resulted in the Czech Republic and Slovakia participating separately for the first time. Bosnia and Herzegovina participated for the first time, after their independence from Yugoslavia, while American Samoa, Israel, and Trinidad and Tobago made their debuts.