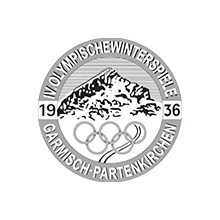 These Winter Olympics were held in Bavaria’s town Garmisch-Partenkirchen. 646 athletes from 28 countries participated and competed in 17 events.

Alpine skiing made its first appearance in the winter Olympics. The IOC announced that ski instructors were not allowed to participated in the Games, as they were considered professionals. Angered Austrian and Swiss skiers boycotted the Games, with the exception of a few Austrian athletes who decided to represent Germany.

Australia, Bulgaria, Greece, Liechtenstein, Spain, and Turkey all made their Winter Olympic debut.

The Olympic flame was lit for the first time ever, and fireworks were set off during the Closing ceremony.

The Games were officially opened by Adolf Hitler.