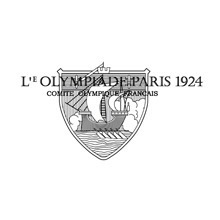 May 25, 1924 3:30 PM marks Lithuania’s Olympic debut when Lithuanian football players began their game with the Swiss team that would later become the vice champions of the Paris Summer Olympics. The team was assembled several days before the competition and did not even have the chance to train together, therefore, only 10 hours after a tiring 40-hour train trip from Kaunas to Paris they lost their debut game with the score of 0:9 and did not advance further.

In its Olympic application Lithuania listed seven sports (boxing, cycling, fencing, football, wrestling, gymnastics, and shooting). However, due to various reasons only football and cycling teams were eventually sent to Paris. Isakas Anolikas and Juozas Vilpišauskas participated in 188 km road race, but due to mechanical malfunctions did not finish it.

In the beginning of June the Lithuanian football team played a friendly match with Egypt’s team and lost with the score of 0:10.

In Paris Summer Olympics the athletes were accommodated in an Olympic Village for the first time.

The 1924 Olympics were the first to use the standard 50 m pool with marked lanes.

The Olympic motto “Citius, Altius, Fortius” (Faster, Higher, Stronger) was used for the first time at these Olympics.

The art competition reached its apogee with 193 participants who were awarded a total of 14 medals.

After Paris Summer Olympics, tennis was removed from the programme until the 1988 Games.